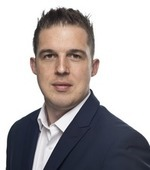 
Any follow-up to a series which spent 133 consecutive weeks on the New York Times bestseller lists and sold more than 125 million copies is bound to cause a bit of a stir within the market. So it’s little surprise to see the recent release of Grey: Fifty Shades of Grey as Told by Christian generating more than a few headlines around the world scale. The book's release also provides an opportunity to evaluate how the erotic fiction market continues to evolve.
As a genre, erotica has clearly grown. And it continues to see a sustained presence on bookshelves and online marketplaces all over the world. Sales in the category remain particularly strong both in the U.S. and U.K., as well as in European markets such as Germany, Spain, France and Italy.