Publishers Scrambling to Get Benedict Books Back into Retail Channels 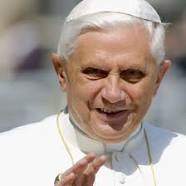 The long-term effects of Pope Benedict XVI’s resignation on the Catholic Church remain to be seen, but books by and about him might have gotten a bigger sales bump from the surprise announcement if there had been enough books in the pipeline to meet the sudden demand. Ignatius Press and Image Books told PW that sales of some editions of the pope’s books, especially his Jesus trilogy, had increased since his announcement on February 11, and both are now going back to press.

Carie Freimuth, v-p and associate publisher at Image Books, the Random House Catholic imprint, cited increased interest in Benedict’s latest, Jesus of Nazareth: The Infancy Narratives (2012), volume three of the pope’s trilogy; at outlets that report to Nielsen BookScan sales of the book jumped by more than 200% but still totalled just under 1,000 copies sold. Friemuth said this week they have gone back to press for that title as well as for the hardcover version of volume one, Jesus of Nazareth: From the Baptism in the Jordan to the Transfiguration (2007).
Anthony Ryan, marketing director at Ignatius Press, said, “There was an immediate interest and sales jump [in the Jesus books] on our Web site, in stores, and on Amazon. We expect that to continue.” He said that only about 30% of Ignatius' sales come through the general trade with the remaining 70% through Catholic stores, parishes, schools, and events, sales that Nielsen does not track.

Ignatius has published more than 75 books by or about Pope Benedict XVI, including the paperback of the trilogy’s first book and a hardcover of the second book, Jesus of Nazareth: Holy Week: From the Entrance Into Jerusalem To The Resurrection (2011), which has sold more than 110,000 copies since its release, according to Ryan. Ignatius ran out of the paperback edition of volume one and went back to press this week, though Ryan said they had plenty of volume two in stock. “Volume two is usually slow most of the year until Lent, but we had a jump in sales since late November in part because of the release of volume three, and also because of the pope's surprise announcement.”

After Pope Benedict’s resignation was announced, Ignatius ran print and Web ads offering discounts on some of their most popular pope-related titles, including Light of the World (2010), a book-length interview with the pope conducted by the German journalist Peter Seewald that Ryan said also saw a sales increase; and My Brother the Pope, by Msgr. Georg Ratzinger, Pope Benedict’s brother.

Freimuth said Image also has gone back to press for The Pope Who Quit (Image, 2012) by Jon Sweeney, which tells the tale of Celestine V, the last pope to freely choose to step down from the role and was already a strong backlist title. “There are interesting parallels to consider here [between Celestine and Benedict], and Sweeney’s book is a great narrative for exploring them,” she said. Image is considering for future editions a new foreword that notes Pope Benedict’s resignation. Although Benedict has said it is permissible for a pope to resign, his announcement came as a surprise, even to Sweeney, who has fielded numerous media requests on the topic since Benedict’s announcement. “I knew that it would be possible for the book to come out around the time of a conclave,” Sweeney said. “But I didn’t think it would be because of a resignation.”
Posted by Beattie's Book Blog at 10:24 am