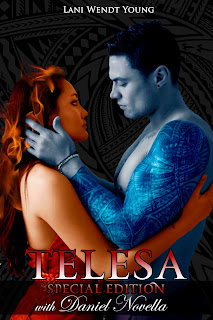 Fans of the Telesa Series will have the chance to meet the acclaimed author and get their books signed this Saturday 2nd March at the Pacific Showcase held at the Cloud on the Auckland Viaduct.  Samoan author Lani Wendt Young will be at the Cloud from 11am to 2pm, hosted by Shop Samoa. This will be the first book signing for the latest in the series,  a novella entitled, ‘I am Daniel Tahi’.  Lani explains, “The reader response to the character of Daniel has been overwhelming.  I wrote this new book for the diehard Daniel fans so they could hear his side of the story and  get an insight into all the scenes and information that readers DON’T see in the first Telesa book because its told from Leila’s point of view.”

The novella was released worldwide in December in electronic book format but has only just become available in print.  Amazon reviewers are already raving about Daniel’s story -  "I didn't think I could love Daniel's character any more than I already did, but I was wrong. I  wish that the whole series was from his point of view."

The Telesa Series has been called ‘the Pacific Twilight’. It is a Young Adult contemporary romance story set in Samoa that draws on Pacific mythology and elements of the supernatural. Thousands of copies have sold worldwide with fans flocking to book launches and signings throughout New Zealand, Australia and Samoa.
There are three books in the series so far: Telesa-The Covenant Keeper, Telesa-When Water Burns, Telesa-I am Daniel Tahi. All will be available for purchase from Shop Samoa at the Cloud at Saturday’s event. The next book, Telesa-The Bone Bearer will release later this year. 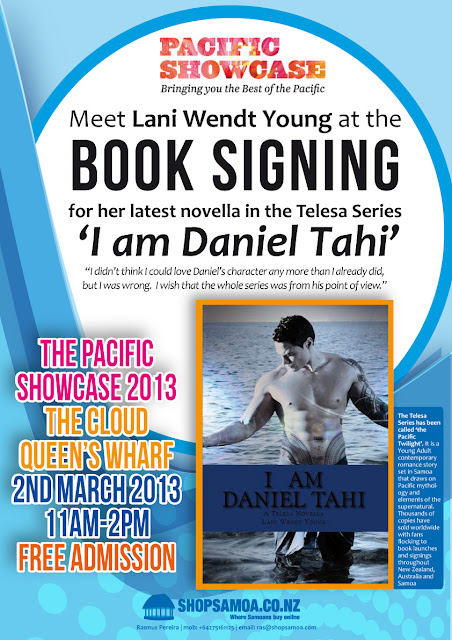