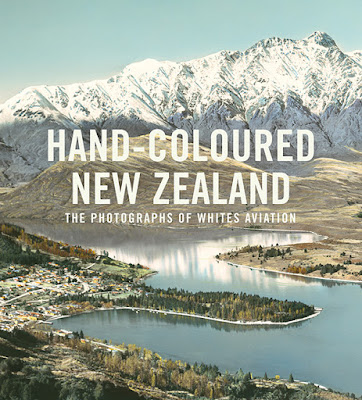 Every single photo coloured by hand? Using cotton wool? Yes, such was the era of hand-coloured photography – a painting and photograph in one – the way you got a high-quality colour photo
before colour photography became mainstream. Some of New Zealand’s best hand-coloured photos were produced by Whites Aviation from 1945. For over 40 years, the glorious scenic vistas were a sensation, adorning offices and lounges around the land; patriotic statements within New Zealand’s emerging visual arts.


Now, despite massive changes in society and photography, the stunning scenes and subtle tones still enchant, as coveted collectibles; decorations on screen; and as respected pieces of photographic art. But, until now, the inspirational story has not been told; nor have the full stories of Leo White (company founder); Clyde Stewart (chief photographer and head of colouring); and the mission critical ‘colouring girls’.
Hand-Coloured New Zealand presents New Zealand’s first published collection of hand-coloured photography and reveals the full Whites Aviation story for the first time. Nothing, it seems, can change the appeal of an alluring hand-made craft. This is a truly spectacular book. 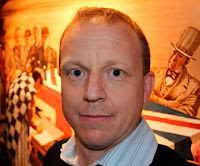 About the author:
Peter Alsop (right)  is a senior executive who has worked across the public and private sectors. He is a keen collector of New Zealand art, with particular interests in tourism publicity, hand-coloured photography and mid-century New Zealand landscape paintings – interests that have led him to pursue publications as a spare time passion.


Peter has authored and co-authored several books, including Marcus King: Painting New Zealand for the World (2015), NZ Post Book Award finalists Promoting Prosperity: The Art of Early New Zealand Advertising (2013) and Selling the Dream: The Art of Early New Zealand Tourism (2012). Selling the Dream was also the basis of the eponymous exhibition developed in partnership with
the Canterbury Museum. Peter has also written numerous articles on his published subject matter that have appeared in multiple publications and online media.


NB.
Peter is currently working on a new project about New Zealand's hand-coloured photography more generally, he would be keen to hear from anyone who has hand coloured images or knows where there are any. He can be contacted on palsop@paradise.net.nz or 021 370 869.
Posted by Beattie's Book Blog at 11:42 am