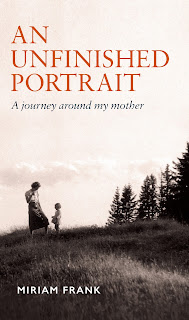 A woman’s journey to understand the life of her mother – a life of turmoil, transition and passion, set against the backdrop of mid-twentieth century Europe.
Through a selection of photographs, a series of journeys and her own memories, acclaimed memoirist Miriam Frank attempts to re-trace the path of her mother, Käte. German-born Käte was forced into a life of transience: leaving an increasingly right-wing Germany in the 1930s to find herself caught in the Spanish Civil War, escaping to Vichy France, and then to Mexico, New Zealand and finally England. As she navigated the horrors of twentieth-century Europe, at times fighting for her very survival, the only constant in her life was her small daughter, Miriam.
Miriam Frank tracks down the houses, landscapes and people that populated Käte’s life, attempting to see the world through her mother’s eyes. The story she tells is necessarily partial and personal, but through this unfinished portrait, she comes to better understand her mother and their often strained relationship. Through all this, Miriam navigates her own state of transition, as she packs up her family home and moves to a new apartment on the Thames, reflecting on a broken marriage, a grown-up family, and a distinguished career, ready to face the next stage of life, whatever it holds.
In tracing her mother’s journey, Miriam Frank’s moving and graceful memoir touches on some of life’s largest questions: how we can ever really know those closest to us and how to find home in a life of perpetual motion. Beautifully written and full of subtle insight, An Unfinished Portrait is a reflection on love and memory, mothers and daughters, and the things we must let go of to make room for the new.
ISBN 978-0-473-37776-2
$39.95