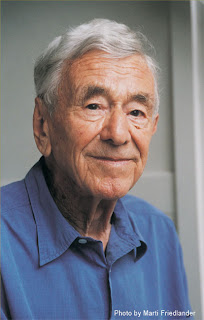 Following my post on Monday regarding the celebration of the centennial of Allen Curnow's birth his son Tim Curnow has been in touch and advised as follows:

Allen's widow Jeny Curnow and I, as son and his literary agent, have organised a Tribute section in two literary journals:

1.  SPORT’s latest issue (#39) being launched at the Auckland Writers’ Festival has a chapter from Terry Sturm’s forthcoming critical biography of Dad plus a couple of poems.
2. LANDFALL’s issue later in the year – think it is their October issue - will have Tribute section as well and I’ve been organising international contributions from poets who knew Dad and admired his work:

New Zealand contributions are being organised by the Editor of Landfall but will include a reminiscence of childhood from Dad’s brother Tony who lives in Macon in France – Tony is about 88 now; Ian Wedde, Karl Stead, probably a tribute poem from Janet Frame which has not been published before.
Posted by Beattie's Book Blog at 12:09 pm