E-Book report: Nook is up, iPad still catching up 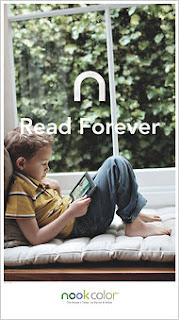 NEW YORK — As the publishing industry wrapped up four days of digital talk at its annual national convention, Amazon.com’s Kindle was seen as the clear, if not dominant, player in the growing e-market; Barnes & Noble’s Nook was considered a pleasant surprise and Apple’s iPad an underachiever.
"They had a respectable launch, but we think Apple can do better," Penguin Group (USA) CEO David Shanks said this week during BookExpo America, which ended Thursday at the Jacob Javits Center. "They still haven’t moved their e-books into their iTunes store, and they can have a much better search capability in their iBookstore."
"The iPad offers so many audio visual applications that reading is not given as much priority as it is in dedicated (reading only) devices like the Nook and Kindle," says literary agent Richard Curtis.

More than 20 million iPads and iPad 2s have been sold over the past year, and the iBookstore is also available on more than 160 million additional devices through the iPhone and iPod. But publishers and agents say Apple is not yet the balance to Amazon.com for which they had hoped. They estimate that Apple sales are around 10 percent of the e-market, far behind the believed 60 percent to 65 percent for Amazon. Publishers and agents say e-books are at least 15 percent to 20 percent of overall sales more than double from just a year ago.

I really wonder if these e-readers like this one and the Kindle are going to become obsolete soon with the iPad being such a popular alternative with so much more functionality.