Booksellers on the brink 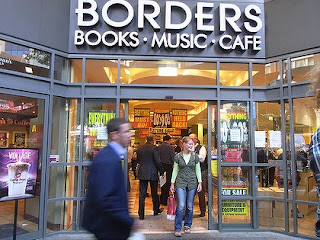 
Administrators for the troubled book store chains Borders and Angus & Robertson announced more head office redundancies and said both chains may have to close if buyers can’t be found.
Ferrier and Hodgson said 34 more employees of REDgroup head office would be laid off today.


Administrator John Melluish said the latest layoffs come ahead of final decisions about the future of Borders and Angus & Robertson, owned by private equity-owned REDgroup Retail.
Ferrier Hodgson is now ‘‘urgently seeking offers from potential buyers of all or part of the Angus & Robertson or Borders networks,’’ according to a statement out today.
Mr Melluish said offers for individual stores would be considered.
“If we are unable to find a suitable buyer, the Angus & Robertson and Borders stores will be closed,” he said.
Ferrier Hodgson said it would guarantee all employee entitlements accrued from the date of their appointment on February 17, 2011.
‘‘Payment of entitlements accrued prior to the administration is dependent on final stock realisation, which will be known within the next few weeks,’’ Ferrier Hodgson said in its public statement.

Read more: http://www.watoday.com.au/business/booksellers-on-the-brink-20110530-1fbrg.html#ixzz1NrO8CF1e
Posted by Beattie's Book Blog at 6:15 am