Arts Minister Simon Crean has announced the 20 Australian titles that have made it onto the 2011 Prime Minister's Literary Awards shortlists.

Minister Crean said being shortlisted for the Prime Minister's Literary Awards is a great achievement for authors that will bring further public recognition of their writing.
The judging panels were enormously impressed by the breadth of talent displayed in this year's entries, and applauded the inventiveness, artistry and flair for which Australian creators and publishers are justly renowned. 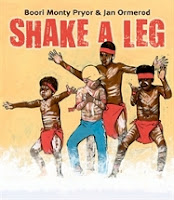 More information about the shortlists is available from www.arts.gov.au/pmliteraryawards/shortlists.
Posted by Beattie's Book Blog at 6:40 am