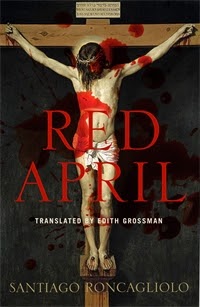 At 36, Roncagliolo is the youngest-ever author to take the prize.The announcement marks the first time a Peruvian writer has claimed the awardHis American translator, Edith Grossman, shares the £10,000 prize money


Press release
Posted by Beattie's Book Blog at 8:16 am