Top authors to go digital with ebooks
Richard Brooks, Arts Editor , The Times.
The two biggest publishers in Britain are to offer dozens of likely bestsellers to read on a hand-held screen this autumn in a sign that, after many false dawns, the electronic “ebook” may finally have arrived.
Random House and Hachette, which together control just over 30% of the British book market, are to offer downloadable versions of titles by authors ranging from Delia Smith to Ian McEwan and Michael Parkinson. Every other major publisher is drawing up plans to follow suit, pitching the books at just below the price of a hardback.
The publishers have made the move to ebooks to follow the launch of two rival devices due to come on sale in Britain over the next few months – Sony’s Reader and Amazon’s Kindle.
They allow hundreds of novels to be downloaded from publishers’ or retailers’ websites into a lightweight, pocket-sized device costing about £200. Pages are turned by touch rather than by fiddling with buttons, and words consist of black chemical “e-ink” showing through a white surface rather than light glaring from an ordinary computer screen.
“The traditional book will not be dead, nor will bookshops, but this is a major change, with so many titles from now on available as ebooks and with the technology so much better,” said Fionnuala Duggan, head of the digital division at Random House, whose imprints include Ebury, Hutchinson and Century.
It is hoped that, as in America, it will be possible to download books to any of the handsets, rather than exclusively for the Reader or the Kindle. This would avoid the battle between Sony and Amazon turning into a “format war” of incompatible technologies similar to the 1980s struggle between VHS and Beta-max, the rival video formats.
“We hope that there will be inter-operability,” said Duggan, “in other words, that the ebook will work on any device.”
Publishers are being cautious about how far ebooks will displace the paper version, partly because of the many false dawns for computerised books. Numerous titles were published on CD-Rom in the 1990s, but the market declined as the technology was superseded by the internet.
Seven years ago the horror writer Stephen King self-published his book The Plant online. He offered it chapter by chapter, but abandoned the project after the sixth instalment.
Some other books have been published online, but they have remained a minority, mainly because the technology has been inconvenient, requiring the viewer to scroll down a computer screen to read a page. But publishers believe the public may at last be willing to accept computerised books following the success of the technology in America. 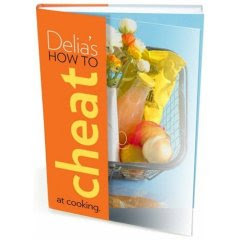 Delia Smith’s How to Cheat at Cooking, published last week by Ebury, will be available as an ebook later this year. So will most of the novels of Terry Pratchett and recent books by Joanne Harris and Ian McEwan.
Two celebrity autobiographies, by Michael Parkinson and Julie Walters, are expected to be published in downloadable versions by Hodder & Stoughton and Weidenfeld & Nicholson, which are owned by Hachette.
In

America, the Sony Reader (pictured) and Amazon Kindle have been on sale since last autumn and about 90,000 titles are now available on them. Customers can order through Amazon, which then downloads the books from its website to the Kindle. It takes less than a minute to receive an average-length book.
The first device to be launched in Britain will be the Sony Reader, probably in late spring. The manufacturer has been working with the Borders bookshop chain in America so shoppers can both buy the device and download books at branches. In Britain, it is understood to be in discussions with Waterstone’s.
In the longer term, publishers plan to bring out not only most of their new titles but also their back lists in downloadable form. This should effectively end the problem of books going out of print.
Bookshops in America have already begun to adapt to electronic literature. Last week the branch of Borders in Ann Arbor, Michigan, unveiled a digital “concept store” in which customers can buy Sony Readers and download novels. They can also print out photographs and purchase downloaded music or custom-burnt CDs.
Posted by Beattie's Book Blog at 1:59 pm