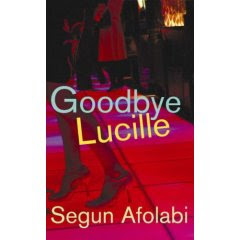 Cape double on first novel prize shortlist
27.02.08 Anna Richardson writing in The Bookseller
The Authors' Club has announced a varied shortlist for its Best First Novel Award, with Jonathan Cape securing two of the six spots.
Featuring on the list are Cape duo Segun Afolabi's Goodbye Lucille and Karen McLeod's In Search of the Missing Eyelash, as well as Jane Feaver's According to Ruth (Harvill Secker), "Richard & Judy" pick Random Acts of Heroic Love by Danny Scheinmann (Doubleday), Rebecca Stott's Ghostwalk (Weidenfeld) and Roma Tearne's Mosquito (HarperPress).
The award will be announced on 2nd April at the Arts Club, with Carmen Callil choosing the winner as this year's guest adjudicator.
Posted by Beattie's Book Blog at 11:01 am