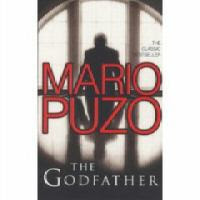 CRAP BOOK: GREAT FILM
Bruno Vincent of Pan Macmillan writing on the Picador blog:
A corollary of the fact that good books almost always make bad films (and that successful adaptations should be taken as no more than freaks or flukes . No Country For Old Men being a case in point after last night's Oscars) is that many of the best films come from inferior source material.
What's frustrating for anyone who is a lover of both is that the worlds of books and films are so similar, yet so stubbornly irreconcilable; they tell the same stories, and the broad commercial (and largely repetitive) Hollywood movie relates to the marginalised art house film in much the same way as the commercial blockbuster does to the literary novel. But there is something so different about the experiences of watching a good film and reading a good book (I imagine itâ€™s something to do with the differing speeds at which we take in information in the different media) that the disciplines of being a successful artist in either medium seem to be completely seperate. So, talented filmmakers often stay away from great books, and seek projects whose source material doesn't challenge them as artists. And perhaps that's why there's such an amazingly low number of people who have been both âs I run out after the very different Pier Paolo Pasolini, Neil Jordan and Stephen Fry. Stephen Kingâ€™s one film as director was a notorious flop and, purely on personal taste, I thought William Boyd's The Trench was a badly acted compendium of First World War cliches.
As mentioned by William Nicholson on the Today Programme last week, probably the most famous great film made from a poor book is The Godfather, a film whose every element (tone, pace, photography, performance) is judged and overseen by Francis Ford Coppola with the skill of a great novelist. The book remains successful, but I can't remember anyone ever saying to me that it's much cop as a novel. Goodfellas is not dissimilar, although itâ€™s from a non-fiction book. To me, Henry Hills' account of his mob days reads like a list of scams, murder, bullying and opportunism not entirely redeemed by his confession of them, or the skill of Nicholas Pileggi's writing. Scorsese's film is a rush of style and brilliance, and carved itself a place in the culture that I don't think the book had, or would otherwise have, achieved.
For the full story go to.........
Posted by Beattie's Book Blog at 8:07 am