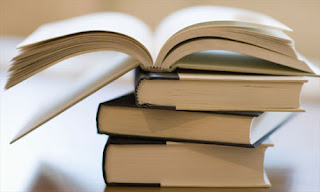 "Intellectual property" is a silly euphemism
Cory Doctorow writing in The Guardian:

"Intellectual property" is one of those ideologically loaded terms that can cause an argument just by being uttered. The term wasn't in widespread use until the 1960s, when it was adopted by the World Intellectual Property Organization, a trade body that later attained exalted status as a UN agency.

WIPO's case for using the term is easy to understand: people who've "had their property stolen" are a lot more sympathetic in the public imagination than "industrial entities who've had the contours of their regulatory monopolies violated", the latter being the more common way of talking about infringement until the ascendancy of "intellectual property" as a term of art.
Does it matter what we call it? Property, after all, is a useful, well-understood concept in law and custom, the kind of thing that a punter can get his head around without too much thinking.
That's entirely true - and it's exactly why the phrase "intellectual property" is, at root, a dangerous euphemism that leads us to all sorts of faulty reasoning about knowledge. Faulty ideas about knowledge are troublesome at the best of times, but they're deadly to any country trying to make a transition to a "knowledge economy".Fundamentally, the stuff we call "intellectual property" is just knowledge - ideas, words, tunes, blueprints, identifiers, secrets, databases. This stuff is similar to property in some ways: it can be valuable, and sometimes you need to invest a lot of money and labour into its development