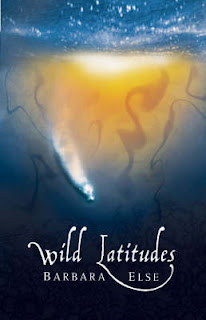 Barbara Else has ventured in to new territory with Wild Latitudes. Known and admired for her contemporary novels of love and deceit, passion and betrayal, this time she has turned to historic fiction. Whether her many fans will be pleased with this move or not remains to be seen but she has produced a substantial, rollicking albeit at times somewhat
discursive work.

The story is set largely in Dunedin at the time of the Otago gold rushes. Dunedin, a somewhat pious Presbyterian church settlement is transformed by the arrival of huge numbers of seekers of fortune and it is in to this melee that teenage siblings, Adele and Godwin, arrive from England on separate ships and begin a series of misadventures.

The book is peopled with a variety of well-drawn, colourful, and sometimes rather motley bunch of characters and for me this is Else at her very best. I found the story somewhat incredulous in places and felt that one adventure near the end could have been omitted, perhaps used as the kernel of an idea for a separate novel

For me a good read, a pass mark for the author but I am not convinced that historical fiction will prove to be her long suit.
Posted by Beattie's Book Blog at 8:50 pm