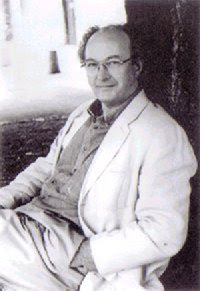 “This accolade is an enormous pleasure to receive,” says Pullman. “I want to thank everyone who voted for ‘Northern Lights’ and in particular to thank the librarians who awarded me the Medal in the first place. It is without any question the most important honour I have ever received, and the one I treasure the most. I am humbled and honoured that ‘Northern Lights’ has been chosen from among so many wonderful books.”

“Personally I feel they got the initials right but not the name,” continues Pullman. “I don’t know if the result would be the same in a hundred year’s time; maybe Philippa Pearce would win then. All we do know is that librarians will continue to choose well and to celebrate the best of writing for children and young people.”

With 70 past winners in contention for the Carnegie and 50 for the Greenaway a panel of children’s experts selected a Top 10 from each medal’s backlist. On 20 April the Top 10s on-line public poll was launched at Seven Stories Children’s Book Centre in Newcastle, since when CILIP’s dedicated Carnegie & Greenaway website has been buzzing daily as thousands cast their votes.

Pullman not only took 40% of the total votes but also received the highest number from overseas: a total of 36% from North America, Europe, Asia and Australia combined. The other front runners illustrate the enduring quality of past CILIP Carnegie winners: ‘Tom’s Midnight Garden’ by Philippa Pearce came second, ‘Skellig’ by David Almond third, with Mary Norton’s ‘The Borrowers’ and Eve Garnett’s ‘The Family From One End Street’ tying in
fourth place.

“It was clear that Pullman was in the lead from early on,” says Top 10 judge, and Director of the National Literacy Trust, Jonathan Douglas. “The competition was formidable: the Top 10 list includes some of the greatest children’s writing of the 20th & 21st centuries. However Pullman’s ‘Northern Lights’ is a deserving winner. The Dark Materials Trilogy is imaginative, intelligent story telling of outstanding quality: these books have redefined children’s literature and changed the way we think and talk about children’s books. They are classics.”

The first book in the Dark Materials Trilogy ‘Northern Lights’ won the CILIP Carnegie Medal in 1995. Pullman’s books have sold over 12 million copies worldwide and have been translated into 37 languages. The first of the film adaptations of the Trilogy, The Golden Compass, will be launched in December this year and stars Nicole Kidman and Daniel Craig.
Judges Panel
Choosing the all-time Top 10s were: Nicolette Jones, author, journalist, and reviewer of children’s books for The Times and Sunday Times (chair); librarians Sharon Sperling, Colin Brabazon and Teresa Scragg, all former chairs of the CILIP Carnegie & Kate Greenaway judging panel; Wayne Winstone, Children’s Category Manager for Waterstone’s and Jonathan Douglas, Director of the National Literary Trust.

CILIP: the Chartered Institute of Library and Information Professionals is the leading professional body for librarians, information specialists and knowledge managers. It forms a community of around 40,000 people engaged in library and information work, of whom around 22,000 are CILIP Members and around 18,000 are regular customers of CILIP Enterprises. CILIP members work in all sectors, including business and industry, science and technology, further and higher education, schools, local and central government, the health service, the voluntary sector, national and public libraries. For more information about CILIP, please go to http://www.cilip.org.uk/
The Youth Libraries Group (YLG) is a Special Interest Group of CILIP. It works in a “pressure group” role, independently and with other professional organisations, to preserve and influence the provision of quality literature and library services for children and young people, both in public libraries and school library services.
Anniversary Sponsors & Partners: CILIP would like to thank all the organisations that have generously sponsored the anniversary celebrations. The organisations include: Arts Council England; The Authors’ Licensing & Collecting Society (ALCS); Carnegie UK Trust; The Children’s Literary Trust; Peters Bookselling Services.
Publishers who have generously supported the Anniversary and worked in partnership with CILIP include: Bloomsbury; Egmont; Frances Lincoln; Hachette; Harper Collins; Macmillan; OUP; Penguin; Random House; Scholastic; Walker. CILIP are delighted to announce Lovereading4kids.co.uk as their on-line retail partner for 2007.
FOOTNOTE: This came as no surprise to Bookman Beattie. As I have said before Pullman is one of the world's finest writers working in the English langauage . Congratulations Philip.