two books in post this morning
Sadly I will have to leave reading thesE until I return from Europe. I say sadly because they both come from highly promising NZ ex-pat writers, Natasha Judd who lives in London and Lousie Wareham who is Sydney-based, and both look enticing.
LESSONS TO LEARN by Natsha Judd is published by Cole Catley and is priced NZ $27.95. 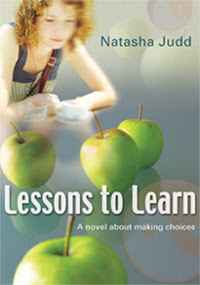 We know that the author won the Katherine Mansfiled Short Story Award in 2003, that she is a graduate of the MA Creative Writing programme at Victoria University and that this is her first novel which the blub describes as tender, funny, fresh and enchanting.The book was launched at Takapuna Public Library on Tuesday night this week
The author has her own website.

MISS ME A LOT OF by Louise Wareham is published by VUP at NZ$30.
This is Warehams's second novel, her first, Since You Ask won the James Jones Literary Society Award for Best First Novel in 1999 and was published in New York. 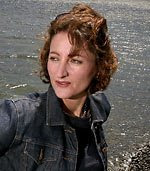 The publishers describe this new work, publication 6 July, as a sexy and compelling literary novel.
The Listener ran this excerpt back in February.........
Author pic from NZ Book Council website.
Posted by Beattie's Book Blog at 10:22 am

Thanks for the mention and the link!

i read both of Wareham's books and loved them. The first is much darker than the second. Her prose are pared down to the essential - just beautifully written. Wonderful sense of dialog - the real thing. Interesting themes involving girls' coming of age, beauty, privilege, sex, dysfunction. very insightful and nuanced - look forward to what she will write next!!