The publishers' year: hits and misses of 2013

Publishers choose their books of the year, and the ones that got away 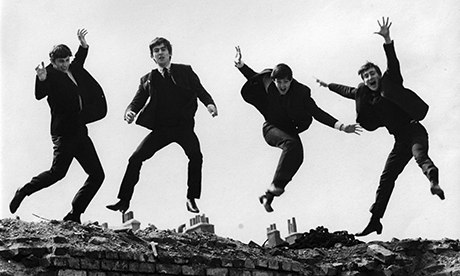 The book that made my year: Many years ago, I was sitting in Blake's bar in Enniskillen with John McGahern and he recommended an American novel from the 60s, written by John Williams: a book called Stoner. I thought it was astonishing, and I passed it to vintage, who brought it out in 2003 with John's introduction. Like so many great books, it promptly disappeared, again – only to come back this year, miraculously, and succeed.
Our book that deserved to do better: Chamber Music by Tom Benn. It's the late 1990s, in the middle of the drug wars on the estates of Manchester, and complicated antihero Bane is pitched against a Yardie called Hagfish, whose weapon of choice is a Komodo dragon. Tom Benn – still only 26 – is writing these amazing dialogue-driven noir literary thrillers that, as the blurb says, "do for low-life Manchester what Trainspotting did for Leith", and no one is paying attention.
I wish I'd published: Cormac McCarthy, as usual. Even a screenplay by Cormac McCarthy, like The Counsellor (Picador).

The book that made my year: In a year that included fiction by George Saunders, Aminatta Forna, Colum McCann, Jhumpa Lahiri, Margaret Atwood, Elizabeth Gilbert and Khaled Hosseini, how can I choose? But perhaps in the end it will be 21-year-old Samantha Shannon's debut The Bone Season, which hit the bestseller lists on three continents in its first week of publication – a pretty wonderful start for the first in a seven-book series.
Our book that deserved to do better: Mimi by Lucy Ellmann! Lucy Ellmann is a genius, and Mimi – funny, feisty, feminist, furious and fantastic – is her masterpiece. The reviews were great. But where were the prize shortlists?
I wish I'd published: The Goldfinch by Donna Tartt, of course.

More
Posted by Beattie's Book Blog at 9:31 am