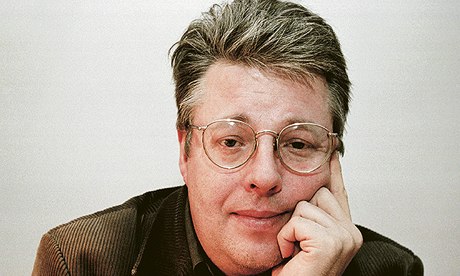 Stieg Larsson's trilogy was translated into some 50 languages but he died before his first book was published. Photograph: Per Jarl/Expo/Scanpix/PA Images

The Swedish publisher of the best-selling The Girl With the Dragon Tattoo trilogy says it has hired an author to write a sequel to the series by Stieg Larsson, who died in 2004.
Norstedts said on Tuesday that it had signed a contract with David Lagercrantz, ghost writer of I am Zlatan Ibrahimović, the autobiography of the Swedish footballer, for a new book about journalist Mikael Blomqvist and hacker Lisbeth Salander that is scheduled to be published in August 2015.

The head of publishing at Norstedts, Eva Gedin, told AP that the book would be an original work that includes nothing from the fourth book in the series, which Larsson began writing but remained unfinished when he died.
Larsson's trilogy has been a huge international success, with more than 75m books sold in some 50 countries.
Posted by Beattie's Book Blog at 7:07 am