Fast-food fiction: good or bad for your health?

We all need a break sometimes, and I'll happily admit to enjoying Harry Potter and Fifty Shades of Grey. But there's one area of my reading I've kept secret until now ... 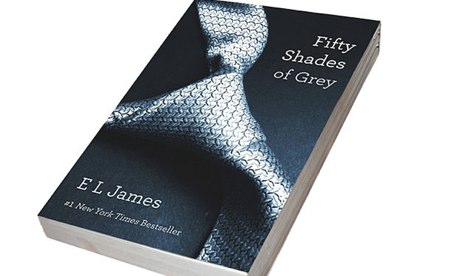 Don't cover it up … have you read Fifty Shades of Grey? Photograph: Alamy

As readers we like to point to endeavours of which we are proud, whether it is having read Proust in French, made our way through the great works of the Russian novelists, memorised large chunks of Shakespeare, or kept up with the best and latest in contemporary fiction. I've done some of that, as anyone with an academic background and a thirst for fiction has. But like most readers I need a rest now and again, and have a vast range of reading of which I am not proud.

I read buckets full of thrillers, frequently revisit the classics of children's literature, and am fond of light fiction (I love Adrian Mole and have a bit of a crush on Bridget Jones). I was indifferent when Harry Potter first came along, having no interest in fantasy fiction of the dungeons and dragons sort (or in magic realism, its adult equivalent.) But when Harry took off, I was intrigued enough to read the first novel, and continued with growing admiration through all seven.

Reading Harry set a precedent, and the newfound revision of my reading standards led to a series of unexpected encounters. (Some of them were transformative. If I had not read JK Rowling, who is good, I would not have read Philip Pullman, who is wonderful.) And then along came Stephenie Meyer, and on the recommendation of the daughter of friends, I read the first two of the Twilight novels, in which a teenage girl falls passionately in love with a devastatingly attractive boy vampire – I know! I know! – in her high school class. The relationship is not consummated because vampires in a state of arousal go all frenzied, and, like, drink your blood, and you end up so (living) dead. Why a vast number of sexually blossoming teenage girls should have found this paean to virginity attractive is a topic that has been much analysed.