Possession: an unforgettable lesson in love and letters 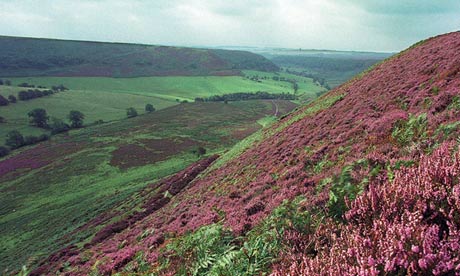 What I look for in a comfort food is something rich, long and complex. I want the same from a book, so I always return to this novel, which I have read, since its publication in 1990, in hospital, on holiday, when I have been bereaved and for the sheer comfort and joy it gives me wherever I find myself.

It's the story of the romances between two twentieth century literary scholars and the two poets they are investigating. Byatt has a great deal of fun at the expense of her literary scholars. Roland, whose personal life is chaotic, works for Professor Blackadder, compiling references about a Victorian poet, RH Ash, in an area of the London library that has become known as the "Ash Factory".

Maud, who heads a women's studies department, is studying the poet Christabel LaMotte, who is known to have lived with her friend, Blanche. It is supposed that they had an exclusive, possibly lesbian, relationship, and that LaMotte eventually died a childless spinster. One significant year, LaMotte disappears for several months and Blanche commits suicide.

The story opens when, purely by chance, Roland unearths fragments of two letters by Ash addressed to some unknown person. Realising the significance of the letters, he is desperate to possess them; so he steals them, unleashing merry mayhem in the world of academic literature.

Women's studies come in for similar irreverant treatment: "Roland... began on his familiarisation with Christabel LaMotte. He leafed through the chapter headings: 'From Venus Mount to the Barren Heath'; 'Female Landscapes and Unbroken Waters, Impenetrable Surfaces'; 'From the Fountain of Thirst to the Armorican Ocean Skin'"

At the heart of Possession is the love story between the poets Ash and LaMotte. They meet at a literary breakfast in a fashionable part of London and embark on an affair which becomes a personal tragedy for them both.

Before this downfall, they take the chance to slip away and go fossil-hunting and walking on the North Yorkshire moors, enjoying an illicit holiday posing as a married couple. As I come from Yorkshire, I always enjoy the descriptions of the walks along the moors and coast – the familiarity evokes a pleasurable sense of nostalgia.

The complexity of the novel lies in the virtuoso way that Byatt handles her large cast of characters in two centuries. Since Possession was published, it has become quite fashionable for novels to slip between different times, but this was the first one I read and remains, for me, the best. Byatt must have enjoyed writing pastiche poetry; long, wordy and worthy for Ash, and, in LaMotte's case, reminiscent of Emily Dickinson's.

Maud recalls a poem by LaMotte and so solves one of the mysteries in the novel:
"Dolly keeps a Secret
Safer than a Friend
Dolly's Silent Sympathy
Lasts without end.
Friends may betray us
Love may Decay
Dolly's Discretion
Outlasts our Day."
What follows is a literary detective story, as Roland and Maud try to discover what really happened to Ash, LaMotte and Blanche. At the same time they are being pursued by other academics with their own interests in the story.

The novel reflects the various meanings of the word possession, from the obsessive urge to possess, which drives some individuals to extreme behaviour to get what they want, to love itself. The novel examines, in a humane way, the relationship of love with shame, daring and loss.
Along the way we are treated to fairy stories, poetry, natural history and even Victorian spiritualism. There is humour, pathos, skulduggery and vengeance, but there is also tenderness – I have never managed to read the final scene without shedding tears.

Possession is the rich, long and complex book I turn to when a good laugh and a good cry are just what I need to remind me of what it is to be human; to love and lose, but also to love and find love.
Posted by Beattie's Book Blog at 5:56 am