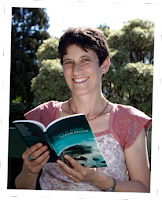 The Sarah Broom Poetry Prize is a new award for New Zealand poets that aims to provide recognition for an emerging or established poet, and to provide a financial contribution to support their work.
The prize is newly established in honour of the New Zealand poet Sarah Broom (1972-2013), the author of Tigers at Awhitu (2010) and Gleam (2013).
Entries open on 3 February 2014 and close 14 March 2014.
The inaugural Sarah Broom Poetry Prize will be announced at the Auckland Writers & Readers Festival in May 2014. Shortlisted poets will be invited to read their poetry at a dedicated poetry event at the Festival, where the winner will be announced.
In 2014 the judging panel will be headed by guest judge Sam Hunt.
The final amount of prize money awarded to the recipient is yet to be determined.
For more information about the prize and Sarah Broom visit www.sarahbroom.co.nz
HOW TO ENTER
The prize is for an original collection of mainly unpublished poems by a New Zealand resident or citizen. Entries will be accepted from 3 February 2014 until 14 March 2014. Poets are required to submit 6-8 poems, of which at least 5 must be unpublished. The recipient of the prize will be announced in May 2014.
Entries should be emailed to poetryprize@sarahbroom.co.nz
Any queries should be emailed to enquiries@sarahbroom.co.nz

CONDITIONS OF ENTRY
1. Poets are required to submit 6-8 poems of which at least 5 must be unpublished.
2. There is no maximum or minimum length – formatting and font size is your choice.
3. Entrants must be New Zealand permanent residents or citizens.
4. Only one entry per person will be accepted. Please include a cover letter with your contact details explaining what influences your work and how you would use the award money.
5. Entries must be the author’s original work. Any use of quotation must be acknowledged by attribution to its source.
6. Page numbering and the author’s name should appear as a header on each page of the submission.
7. The judging panel will assess the merits of submissions and reserve the right not to award a prize.
8. The prize recipient will be announced at the Auckland Writers & Readers Festival and in other appropriate publications.
9. No correspondence with the judging panel will be entered into.
10.The name and photograph of the prize recipient may be used by the Sarah Broom Poetry Trust for publicity purposes.
Posted by Beattie's Book Blog at 11:58 am