Posted by Beattie's Book Blog at 7:20 am No comments:

Posted by Beattie's Book Blog at 7:19 am No comments:

Our Best in Children's Books


Posted by Beattie's Book Blog at 7:18 am No comments:

What the Books Editor Reads: Even the editor of the 'New York Times Book Review' hasn’t read everything: an interview with Pamela Paul.


Your Literary Idols and Their Wardrobes: On the fashionable stylings of Samuel Beckett, Zadie Smith, John Updike, Fran Lebowitz, Joan Didion, and more.


An 18th Century Adult Coloring Book: A scientist found 'The Florist,' a coloring book printed in 1760, in the library of the Missouri Botanical Garden.


A Friendship in the Archives: The friendship between Joseph Mitchell and Ralph Ellison has received little, if any, attention—but in Mitchell’s files, Ellison fills an entire folder.


A Chat with Jonathan Lethem: The Brooklynite author discusses writing, mortality, the works of Rodrigo Fresán, and more on the 'Two Month Review' podcast. 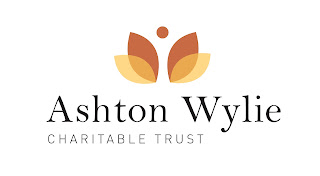 Unconditional love, mysticism, consciousness and death feature in this year’s Ashton Wylie Mind Body Spirit Literary Awards finalist works, written by New Zealanders from all walks of life and from all over the country.


The Awards’ judges’ convenor, Adonia Wylie, says it is always surprising the depth and breadth of writing in this specialised genre, which varies hugely year-on-year.


“The Unpublished Manuscript finalists in particular, are extraordinary. Ellaine Millard talks of mystical faith and information theory, Terence Green presents a scholarly and extensively researched work demonstrating the interconnectedness of all things, Hugh Major’s manuscript shimmers with a reverence for the mysterious life that seethes beneath the oceans’ surface and makes frequent reference to how our own lives and challenges have similarities to the complexities of underwater existence, Caryl Haley tackles that most difficult experience – the witnessing of a startling and profound spiritual phenomenon and Jeremy Cole offers a convincing argument for divine laziness in his profound, original and exemplary work.


“We face a considerable task in selecting a winner from such a strong line-up. “


There are ten finalists, five in each of the two categories - for published works and unpublished manuscripts. Each category winner receives a $10,000 prize.


Ms Wylie says this year’s Book category finalists are deeply personal works, each with powerful messages, to be read slowly and returned to over and over again.


“These published works are thought provoking and contain much wisdom. We are delighted to see 2014 Manuscript category finalist Cathryn Monro in this year’s Book category and encourage all unpublished finalists to persevere to publication stage.”


·         North Shore, Auckland writer and coach Stephanie Harris’ Death Expands Us: An Honest Account of Grief and How to Rise Above It (Lion Crest Publishing)


The awards are unique in the country for their encouragement of writing in the mind, body, spirit genre. The awards were established in 1999 thanks to a bequest from the late businessman, Ashton Wylie.


The winners will be announced at a ceremony at The Ashton Wylie Charitable Trust’s own venue, Hopetoun Alpha in Auckland on Friday 18 August, 2017.
Posted by Beattie's Book Blog at 7:09 am No comments: Some other dictionaries have had the word before, but the Oxford English Dictionary has just admitted it. The definition? “a genus of tropical weevils (family Curculionidae) native to South America and typically found on or near palm trees.”

Sure, “the wonderful thing about the English language is its sponge-like ability to absorb, use and discard un-English verbiage and still be vitally itself.” But wait! Americanisms invading British English means “Britain, and young Britain in particular, has handed over ‘control of its culture and vocabulary to Washington, New York and Los Angeles.’ It is, Engel argues, ‘self-imposed serfdom.'”

Posted by Beattie's Book Blog at 7:00 am No comments:


Marlene Kelly has been promoted to senior marketing manager for Amazon Publishing.

Meg Reid has been promoted to director of Hub City Press effective July 1. Founder and current director Betsy Teter will retain the title of editor and director of development. Also starting July 1, Hub City Press titles will be distributed by Publishers Group West.

Alongside his attorney and his existing representation for publishing, novelist John Irving signed with Gersh Agency for theatrical representation.

Antonia Byatt will serve as interim director of English PEN.

The Guardian conducted an informal study investigating the gender gap in UK book publishing, "following up anecdotal reports that women were being kept out of the top tiers despite making up the bulk of the industry's workforce." Speaking to 80 women and 12 men, they found that "the majority felt women had been increasingly excluded from the top tier due to a variety of factors: institutional sexism, inflexible working practices, and opaque promotional and pay structures that result in men consistently being paid more than female colleagues in the same role." As one women put it, "Diversity is a keyword for the company, but trying to achieve equality for men and women in senior positions does not seem to be a concern."

Quartz was given the first 50 pages of Milo Yiannopoulos's self-published Dangerous, releasing next Tuesday, and Gizmodo obtained a complete copy. Neither is impressed -- but then, neither is likely the audience for the book either, which will sell to fans and the faithful. Gizmodo concludes, "Dangerous is dreadfully dull. Beneath the regurgitated propaganda arguing against a fair, multicultural, egalitarian society is a portrait of an e-celebrity without an audience, a blogger without a publisher, and, above all, an attention-seeking troll whose playbook of goads no longer elicits any emotion whatsoever. To the detriment of the book, self-reflection is utterly absent." They say the new book is close to the prior manuscript that Simon & Schuster's Threshold Editions cancelled, though it has a new introduction and some other adjustments. "The substance of the book has remained largely unchanged in the six month interim. It remains a tedious and at times bitter self-defense written by a man who claims to enjoy the negative attention he sought out. Dangerous is not offensive, shocking, or thought-provoking. Had it met its original release date of mid-March, many of the topics contained within would still have felt well past their prime."
Posted by Beattie's Book Blog at 6:59 am No comments: 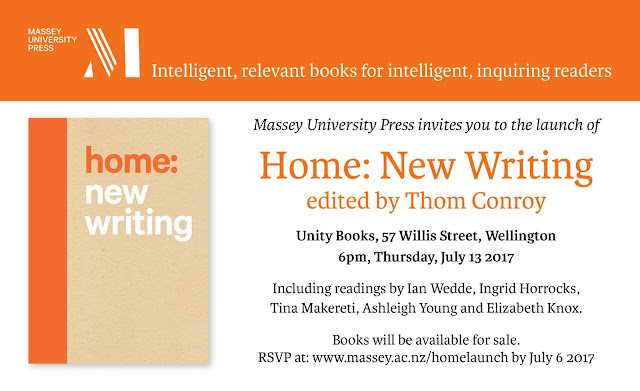 Posted by Beattie's Book Blog at 4:06 pm No comments:

The Pacific Room’ the debut novel from Michael Fitzgerald

Michael Fitzgerald’s debut novel The Pacific Room (Transit Lounge $29.95) tells of the last days of Tusitala, ‘the teller of tales’, as Robert Louis Stevenson became known in Samoa where he chose to die.
In 1892 Girolamo Nerli travels from Sydney by steamer to Apia, with the intention of capturing something of Jekyll and Hyde in his portrait of the famous author. Nerli’s presence sets in train a disturbing sequence of events.
More than a century later, art historian Lewis Wakefield comes to Samoa to research the painting of Tusitala’s portrait by the long-forgotten Italian artist.


On hiatus from his bipolar medication, Lewis is freed to confront the powerful reality of all the desires and demons that R. L. Stevenson couldn’t control. Lewis’s personal journey is shadowed by the story of the lovable Teuila, a so-called fa‘afafine (‘in the manner of a woman’), and the spirit of Stevenson’s servant boy, Sosimo.
Set in an evocative tropical landscape haunted by the lives and spirits which drift across it, The Pacific Room is both a love letter to Samoa and a lush and tender exploration of artistic creation, of secret passions and merging dualities.