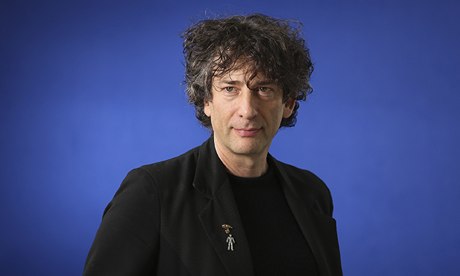 Neil Gaiman's fantasy novel The Ocean At The End Of The Lane has been voted the Book of the Year, beating big names including Kate Atkinson, David Walliams and David Jason.

The book, a modern-day fairy tale about a man returning to his childhood home for a funeral, won a public vote from a shortlist of the winners of all 10 categories from the year's Specsavers National Book Awards.
Gaiman, who grew up in East Grinstead where his family were prominent Scientologists, made his name writing graphic novels including the Sandman series.

His award-winning book has been a bestseller and a street has been named after it in Portsmouth, near where he lived for a time as a child.
He said: "I've never written a book before that was so close to my own heart: a story about memory and magic and the fear and danger of being a child. I wasn't sure that anyone else would like it.
"I'm amazed and thrilled that so many other people have read it, loved it, and made their friends read it too.
"Winning a National Book Award was thrilling; discovering that the public have made The Ocean At The End Of The Lane their Book of the Year is somewhere out beyond wonderful. Thank you to everyone who voted."

The other shortlisted books included David Jason: My Life, Walliams' Demon Dentist and Atkinson's Life After Life.
Previous winners include EL James' Fifty Shades Of Grey
Posted by Beattie's Book Blog at 11:49 am