The Bridget Jones effect: how life has changed for the single woman

Tweeting, online dating, parenthood – Helen Fielding reveals how in her new book she hopes to do for the middle-aged woman what her first Bridget novel did for the thirtysomething singleton 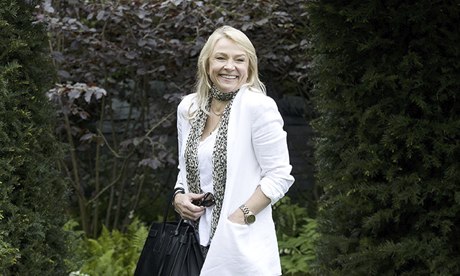 ‘I spent years denying Bridget Jones had anything to do with me’ … Helen Fielding. Photograph: Geoff Pugh/Rex

The fact that Bridget Jones became popular was unexpected to me, and everyone else involved. The moment I began to understand why was in Tokyo, in the strangeness of my first book tour. A strikingly glamorous, thin, beautiful, successful news presenter told me that she totally identified with feeling fat and not good enough. She seemed so perfect – and clearly only existed on little bits of fish. It's possible that something may have got lost in translation. (After all, a reviewer of the Italian translation of Bridget Jones's Diary described it as "a transcendental study of existential despair".) But I suspected that what Bridget had unwittingly tapped into was the gap between how people feel they are expected to be on the outside and how they actually feel inside.

I didn't start writing Bridget with any grand scheme or social themes in mind. She wasn't supposed to be the secretary of state for women, or anything. I was struggling with my second unreadable novel about cultural divides in the Caribbean and trying to get freelance articles accepted by various newspapers. The Independent asked me to write a column as myself, which was great, as I was broke. But, being quite a private person, I thought it would be hopelessly embarrassing and exposing. I agreed, instead, to make up a character and write the column anonymously.
I told no one at first, and assumed it would be nixed after six weeks for being too silly. The people sitting on the desk with me were writing about politics and Chechenyaaaaa. I was writing about how many more calories there were in an olive than a Malteser (it depends on the size and type of the olive). But interest grew. Letters began to arrive for the editor, one of them – rather formal – saying:

"Dear Sir,
I would quite like to shag Bridget Jones. Could you let me have her phone number please?"
Many thanks,
Yours faithfully …

My publishers decided Bridget Jones might be a better bet than the unreadable second novel, and then things slowly began to snowball and bestsellerdom, movies and book tours followed. Talk about being exposed! I spent years and years denying that Bridget had anything to do with me, quipping self-defensively: "I don't drink or smoke and I am a virgin."
More
Posted by Beattie's Book Blog at 9:37 am