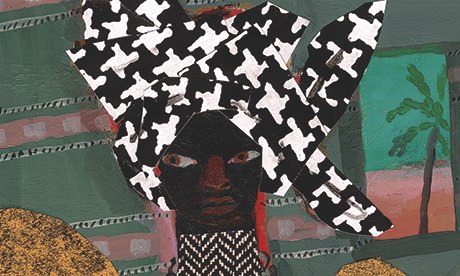 On the day our new neighbours came to our house, my brother Ofodile bit my mother on the arm. She was feeding him, pushing soft mashed yam into his mouth. She did it quickly, she always did, spoonful chasing another spoonful, then a plastic cup of water forced into his mouth to make him swallow. She did it silently, without really looking at him, her movements thick with duty, in his bedroom with the foam-carpeted floor that caught his falls. The door was always shut. Never ajar. When guests visited, the door was not just shut but locked, Ofodile sleeping inside. Sometimes she asked me to lock his door and I did it as she did, key turned swiftly, not looking in to see him first.

His piercing cries scared me. Sounds that ached and keened. High drawn-out screams filled with loneliness. They shattered the silence of every room in the house, and I would press my hands against my ears. My mother said that since he was fed and dry, he was merely expressing himself, and his crying would exhaust him and bring sleep. She would shut the door and let him cry, in that bedroom that was his life, where he ate and cried and slept. He slept more now that my mother was taking care of him. He always slept. He slept for hours and he woke up red-eyed and screaming, and my mother pushed food into his mouth between his cries. She had been taking care of him for almost a year, since she lost her job. When the new state was created, she became, overnight, a native of Anambra, a non-indigene who could no longer work in Enugu. She found another job in Anambra, and was preparing to start – she would go on Mondays and come back on Thursdays – when, one evening, a lump began to swell on Ofodile's forehead. The nanny, Ukalechi, said Ofodile had not fallen down. Then she said Ofodile could not have fallen down, then she said she did not know if he had fallen down, because most of the time when she was taking care of him, he was alone in his room while she stayed in the parlour and watched TV. My father asked my mother: "Are you going to work out of state and let your son be killed by strangers?" He always said "your son". Ofodile was her fault, her sin.

He was six years old and could not talk. My mother knew at his birth that something was wrong, a silent baby lying awkward in the doctor's arms. My father's family said she had brought this thing to them. She cancelled her job, sent Ukalechi away, and a few weeks passed before I noticed how often Ofodile slept now. With Ukalechi, Ofodile had screamed and screamed, but with my mother he screamed and slept.
More
Posted by Beattie's Book Blog at 7:19 am