While I was staying with my daughter and her family in NYC over the Christmas/New Year holidays they gave me $100 to spend for them on a selection of books that they should own and that would form the basis of a home library.
This was quite a challenge because they already have an extensive collection of books in their apartment but I was excited by the challenge and set off to the wonderful Strand Books which is not far from their home. Here is what I bought, with the brief reasons I gave them as to why the titles had been selected:

ecause you should have it, especially today:

Because they are Kids classics:

Because of the new coffee maker in the apartment:
A GRANDE GUIDE TO STARBUCKIAN ZEN, Innovations Press (list $5.95 Strand $1.00) Tiffany Ivy

Because of your addiction to movies (they sometimes go several times a week!):
CHICK FLICK ROAD KILL: A Behind The Scenes Odyssey Into Movie-Made America, Seal Press (imprint of Avalon Publishing Group), (list $15.95, strand $1.00) Alicia Rebensdorf

Because of your love of cooking fine,fresh food: 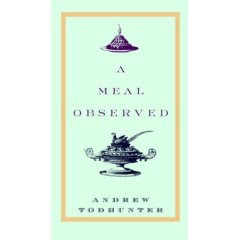 Because it is election time (and also Isabelle knows who JFK
is and his importance in US history):
HOMEGROWN DEMOCRAT: A Few Plain Thoughts From The Heart of America, Penguin, (list $12.00, Strand $1.00) Garrison Keillor
JOHN F. KENNEDY HANDBOOK, MQP Publications (list $22.50, Strand $5.95), Gareth Jenkins 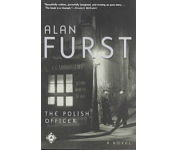 Because it's a fine hardcover and a superb example of 'crime' fiction:
THE POLISH OFFICER, Weidenfeld & Nicolson (Orion) (list 17.00 pounds, Strand $5.95, Alan Furst.

It was great fun doing this. To make the money go further I bought mainly books that were discounted. As I said to them at the time if I was to go back tomorrow I would probably end up with a completely different set of books. I’m pleased to say though that they were delighted with my choices and that I didn’t double up with any titles they already owned.
Always fun spending other peoples' money!
Posted by Beattie's Book Blog at 3:53 pm

And fun reading this!

What a great idea. Interesting selection, not what I would have selected but then I wasn't there.
This idea should be encouraged.

I think it is both a brilliant idea and a brilliant selection. Go Bookman. Let's see if we can get this idea to catch on. I'm going to give my Dad a hundred bucks to see what he can do.I'll also alert him to your blog for inspiration!
Actually I would love it if he just duplicated your list but that might be tricky as we live in Oz and I doubt he would be able to get them all for a hundred dollars. I'll give him $150.

I'm a Dad and I'm going to give each of my three adults kids $100 each to buy books for their homes.
Thank you for this great idea, and what an eclectic bunch of books you chose Bookman.

and didn't you get some bargains! You sure know how to shop.

Hey I've just read this and want to add my comment too - great great idea. Gosh, I need to go to Strand Books because you got some terrific books at great prices.
I live in NJ so can get to Strand Books easily so next time there I'm going to do something similar for my niece and her family.
Somebody should bring your blog to the attention of Strand Books so they know what your family has started.

Dear Bookman, you sure put some thought into the books you chose for your family. How special to be given the chance, and trust to do this, and also what fun.