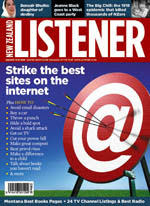 FOUR ISSUES OF THE NZ LISTENER TO CATCH UP ON
There they were, four of them, sitting tidily in a huge pile of mail that was awaiting me on my return from holiday. I grabbed them eagerly and averaging about an hour on each I had them all read by early afternoon.
In the issue of 12-18 January I was interested in Matt Nippert's interview of the talented Niocla Leggat, publishing director at Random House NZ. For those who missed it or do not have access to The Listener here it is for your interest.

If you’re reading a new New Zealand book this summer, chances are that Nicola Legat (right) has influenced your reading habits. Once a magazine writer and editor of Metro, Legat gave up fast-food journalism for the slow-food world of book publishing when she became publishing director of Random House in 2005.

Hypothetically speaking, why haven’t you printed my unsolicited manuscript yet? Not a lot stops books getting published. If you’re going to write me your memoir, you’re going to make sure it’s well-written. You’re going to write me a good covering letter saying why this is special and unique and why I should race home and read it over the weekend. What you won’t do is send me your manuscript wrapped up in ribbon with glitter on it, won’t use gothic fonts, and won’t email it to us and expect us to print it out – because that makes us really cross.
Given sales averaging in the low four-figures, is it worthwhile writing fiction? You’d have to ask novelists that, because they keep doing it. I remember interviewing Damien Wilkins once, early in his career, and he said wanting to write a novel is like a compulsion, it’s like a disease, and sometimes he wishes that he didn’t have it. I would love to see, per capita, whether we have more novelists than anywhere else in the world, because I suspect we probably do.
How did Louise Nicholas: My Story come about?
Sometimes we go after people and other times they just find their way to us. But, in fact, Louise found her way to us in this case. We had to, obviously, prove to Louise that she could trust us and that she and Phil [Kitchin] could work with us and we could give them the freedom to do what they needed to do and invest in the book. Because there were real risks for us.
Clint Rickards doesn’t seem the sort to back down from a challenge. That was a risk. The Clint Rickards factor was a risk for us, absolutely. But – God’s work, etcetera – we thought we just must press on. It wasn’t without its perils, but we had to do it. And I think that book, for people who perhaps thought “Is she telling the truth? Is she just a troublemaker?”, absolutely sealed public confidence in her. 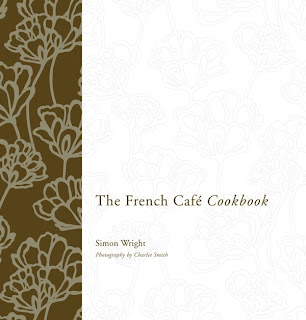 What’s selling well at the moment?
The sales that we’ve had this Christmas of all our big illustrated books are telling us that people really respond to a beautifully put together package. They will pay a lot of money for a book that looks just right – that isn’t just superficially right, but there’s something inside that’s worthwhile as well. We published The French Café Cookbook, which is $99 – really, really expensive – and we’ve completely sold out the first run.

What is the most important part of a cookbook – beautiful design and photo-graphy, or recipes that actually work?
You could say that books like that are food porn and, initially, there’s just the “wow” impact. But there will be people who are confident and serious cooks who will definitely cook from that book.
Speaking of design, do you judge books by their covers?
Yeah, I do. I think we all do, and as publishers we agonise over them. With a book, you have just one cover and you have to get it right. If you’re looking in front of a bookcase and you’ve got two minutes, the cover is what engages you. If you’re looking for a writer you trust, it might be a bad cover, but as it’s Richard Ford or whatever, then it doesn’t matter. 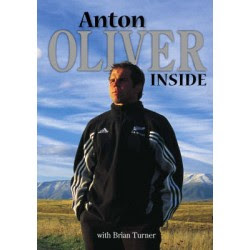 Our best-seller lists are dominated by cooking and rugby books. Discuss. Those rugby books are a complete phenomenon, and what does that say? That it’s just still so important to us that we do, somehow, need to connect to those rugby heroes. Some of those books are really worthwhile. Anton Oliver’s book was something really significant and different. It lifted the lid on the All Black culture and created a stir.
Aside from Anton – do you think, say, a 22-year-old professional athlete has a lot to say in a memoir? Well, that’s a good question. We don’t publish those, so I guess I don’t need to comment.
FOOTNOTE:
In Denis Welch's Culture Vulture column in the same issue, (his second-last) ,Denis reveals that Random House are publishing memoirs this year from Fiona Kidman, Hamish Keith, and Denise L'Estrange-Corbet. All will be eagerly awaited especially that from Dame Fiona Kidman who has had an illustrious writing career. This will be partone of her memoir and will cover the first half of her life.
Posted by Beattie's Book Blog at 4:35 pm