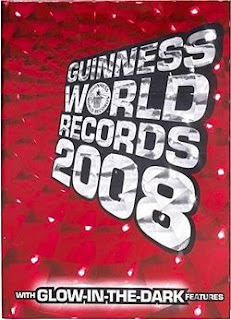 Headhunters line up for Guinness records
James Ashton writing in The Times:
AN American leisure group that boasts the world’s largest collection of shrunken human heads is vying to buy Guinness World Records, the bestselling book of record-breakers.
Florida-based Ripley Entertainment which grew out of a newspaper cartoon strip of fascinating facts entitled Ripley’s Believe It Or Not! is among a field of four for the publication.
Guinness World Records is being sold by Hit Entertainment, home to children’s characters Bob the Builder and Barney the Dinosaur.
Ripley already licenses the Guinness World Records brand from Hit to operate seven tourist attractions under its banner, mainly in America.
Sources say that leaves it well placed to meet the asking price of up to £60m.
The company is better known at home for its 30 Ripley’s Believe It Or Not! attractions, which house weird and wonderful exhibits such as shrunken heads, 16th-century torture devices and African masks. It will open one in London’s Trocadero this summer.
Guinness World Records makes an annual profit of about £5m.
See Wikipedia website for history.
Posted by Beattie's Book Blog at 8:13 am