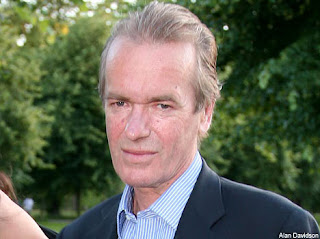 Amis the £3k an hour professor
Maev Kennedy writing in The Guardian
The annual salary is relatively modest - but it's the hourly rate offered to Martin Amis by Manchester University to be a visiting professor of creative writing which puts the novelist into the Premiership footballer league.
His salary has now been disclosed under Freedom of Information legislation, at £80,000 a year - or £3,000 an hour, according to disgruntled union representatives who have seen the shedding of hundreds of posts, from technicians to lecturers, as the university tries to balance its books.
They claim that although he may put in longer hours, the contract obliges Amis to work only 28 hours of the year: 12 90-minute postgraduate seminars, four public appearances and one session at the summer writing school.
Most other visiting academics are paid between £20 and £50 an hour, but the university has made other celebrity signings, including a brace of Nobel prize winners, the economist Joseph Stiglitz and the scientist John Sulston.
Dave Jones, senior Unite union organiser, said: "We understand why people like Martin Amis are being sought by the university and recruitment is a competitive business.
"But I think those staff who are left after the various redundancies and early retirements need to know that there will also be investment into their careers as well."
Applications for the creative writing course increased by 50% when the news broke of Amis's new role.
Posted by Beattie's Book Blog at 7:11 am