The celebrated author spent seven years brewing The Burgess Boys into a tough and ruthless
examination of human frailty. 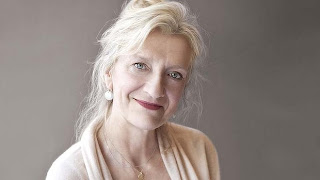 Pause for thought: Elizabeth Strout's previous novel won the Pulitzer Prize in 2009. Photo: Leonardo Cendamo
Mention Elizabeth Strout's Pulitzer Prize-winning novel Olive Kitteridge to its readers and the reaction is as strong as vinegar. Although the book has adoring fans who loved its many-faceted psychological portrait of a defiantly independent thinker, those whose taste is not for the tart loathed it.
Reading groups were particularly divided: complaints centred on the unsympathetic nature of the protagonist Olive, a redoubtable maths teacher observed from midlife as a wife, mother and member of the community to more advancing years in a series of linked stories set in a small town in Maine.

I only ever get stuck if I am not being honest so I took a class in stand-up comedy to see what I might be lying about.

Olive is bulky - and not just physically. Her personality dwarfs those around her with its bluntness. Abrasive, moody, awkward and complex, she is unsentimental, intelligent and lonely, sometimes a figure of pathos, but also a splendidly robust vehicle for Strout's humane observations and wry, uncomfortable humour.

Burgess Boys by Elizabeth Strout.
In person, Strout has a no-nonsense matter-of-factness about her, rather like Olive; she does not do that polished act of ingratiating herself with practised charm or quick, easy warmth for marketing purposes. Strout is more reserved and circumspect. Maybe that is the effect of the Pulitzer Prize, which she won in 2009, bestowing a certain confident distance.
Advertisement
She prefers not to socialise with other writers. ''I like people a lot but I am not comfortable in literary New York situations. There is deep anxiety and tension around success here. I don't share problems I'm having about my work, and I think conversations around publishing are boring.''
Strout, 57, was relieved and grateful that the Pulitzer ceremony is not a public occasion and does not require authors who win to make a speech. As for the award itself? ''The Pulitzer is not as hard an act to follow as Olive Kitteridge is,'' she says, managing to avoid sounding as if she is boasting.
Many people assume the character is based on her mother, but ''she's not. I have a lot of elderly relatives who are crabby depressives, women living dull lives. My great aunt Olive was sweet and pretty.''
She has come face to face with Olive's detractors. ''I went to an event at which a woman took the microphone, shaking a little and said, 'I hate Olive,' and others joined in. She seems to have that effect on people.
''When I was writing her, I had to be careful to let her lash out, to be truly herself even if that made her unlikeable. The purpose of fiction is not to make people seem nice. What makes anyone think people are nice? Look around you!''
Strout's earlier novels are set in small towns where gossip is rife and private woes are played out on a broader social canvas. In her debut novel, Amy and Isabelle (1998), she explores the tensions in a mother-daughter relationship when a teenager's sexuality causes a scandal. In Abide with Me (2005), a minister struggles to regain his calling and his family in the wake of profound loss.
Read more: http://www.smh.com.au/entertainment/books/elizabeth-strout-20130627-2oy6t.html#ixzz2XfUyuDf3
Posted by Beattie's Book Blog at 4:05 pm