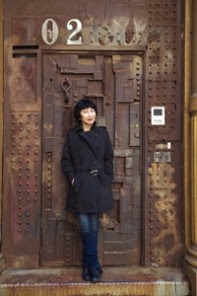 Bestseller Amy Tan has signed a new two-book deal with her current publisher, Ecco. The HarperCollins imprint, which will be publishing Tan's first novel in eight years in November, The Valley of Amazement, took North American rights to the new titles, one of which will be an essay collection, tentatively set for fall 2014. The second book will be a novel called The Memory of Desire.

President of Ecco, Daniel Halpern, brokered the deal with Sandra Dijkstra at the Sandra Djikstra Literary Agency. The essay collection, which Tan said will be finished in months, is about "writing and the way the mind works." She elaborated saying it will cover "why I write, what I think about, what I wonder over, and the way my imagination gets released." The novel focuses on a San Francisco house and a 75-year battle, among three families, over its ownership; the narrator of the novel Tan described as "an octogenarian who has had a stroke and finds she can speak only Chinese, the once-forgotten language of her childhood."
Posted by Beattie's Book Blog at 9:13 am