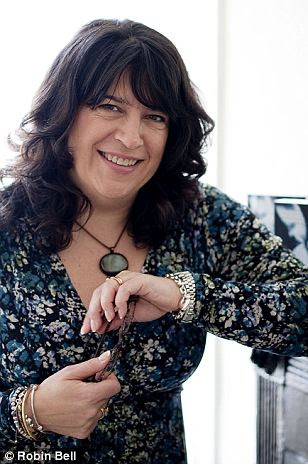 Fifty Shades of Grey and its two sequels brought in more than £12million for its author’s company in just eight months last year, it emerged yesterday.

The most extravagant purchase Ms James has made since her debut novel became a biggest bestseller in British history is a new Volkswagen car, the Sunday Times reported.
Ms James, whose real name is Erika Leonard, created the Fifty Shades company in February 2012 to handle the growing income from the books.
She and her husband are the only directors of the company and paid themselves dividends of £355,000 on top of their £3,900 salaries, according to the first accounts filed at Companies House.
Read more: http://www.dailymail.co.uk/news/article-2346798/Author-erotic-bestseller-Fifty-Shades-Grey-earns-12-6MILLION-just-months-lives-350-000-terrace-house.html#ixzz2XBVTFpaq
Follow us: @MailOnline on Twitter | DailyMail on Facebook
Posted by Beattie's Book Blog at 12:49 pm

Although her books are very silly, EL James herself has always come across as a sensible woman. I'm glad she's not doing anything stupid with the money. If you already have a nice home, why move just to please the Daily Mail?