Rejected: 'One of the Greatest Mistakes in Publishing History'
Story from Shelf Awareness
"In 1797, Thomas Cadell made one of the greatest mistakes in publishing history.
A Hampshire clergyman had written to him, offering a three-volume novel for publication by a first-time author. Without a word of encouragement, Cadell declined the book, manuscript unseen, by return of post.
Unfortunately for Cadell, the clergyman was the Revd George Austen, soliciting publication on his daughter Jane's behalf, and the novel in question was an early version of Pride and Prejudice, recently voted the one book that the British nation can't do without."-- 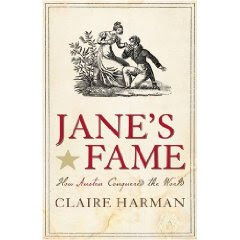 From Mark Bostridge's review of Jane's Fame: How Jane Austen Conquered the World by Claire Herman in the Literary Review.
Posted by Beattie's Book Blog at 5:56 pm