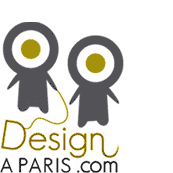 Designers create places to curl up with a book
Furniture exhibition aims to show connection with world of literature
By Genevieve Roberts in Paris reporting in The Independent
Monday, 20 April 2009
What would you make for the writer who has most influenced your life? The question has been asked of 50 of the world's best-known designers, from the couturiers Christian Lacroix and Paul Smith to the architect India Mahdavi.
Their imaginary creations for authors including Haruki Murakami and Ian Fleming will be shown in a series of exhibitions across Paris until September, and have been collated in Design et Litteture: Une Liaison Inspire to be published this week.
The architect and designer Claudio Colucci conceived a lounge sofa made from carbon fibre for the James Bond writer Ian Fleming. "I have always liked the fantasy element in design," he said. "Too much function bores me. I thought of creating an amphibious car, but that already exists, so I designed a lounge-sofa for drinking champagne, for two, of course."
The fashion designer Christian Lacroix imagined a mid-20th Century wrought-iron chair for the French novelist, Patrick Modiano. Lacroix said: "I like his form of melancholy; like him, I'm nostalgic."
British designer Paul Smith has sketched a 19th-century-inspired chair, customised with old material, for lyric writer Patti Smith, his "favourite rock literary icon" and modern "capturer of emotions".
Read the complete piece at The Independent.
Posted by Beattie's Book Blog at 8:03 pm