Two years ago Carl Nixon won the coveted BNZ Katherine Mansfield Award; this year the critically acclaimed author will be a judge in the same competition.
He joins multi-award winning writers, 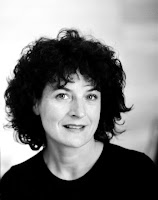 Dame Fiona Kidman and Kate de Goldi (pic right) on the judging panel, making a stellar line-up in this, the awards 50th anniversary.
Nixon, who will judge the award’s novice category says as a past winner he knows that success in the Katherine Mansfield competition can be an important milestone in a literary career.
"I'm delighted to be a judge in this year's BNZ Katherine Mansfield Awards. The next great New Zealand writer may be out there just waiting for the motivation that this country's pre-eminent short story contest competition gives."

The opening date for submissions is 1 May and entry forms are available on-line at www.bnz.co.nz/kmawards or from any BNZ store. 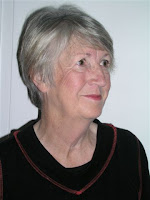 Fiona Kidman (pic left) will judge the premier category which carries a prize of $10,000. The novice prize is worth $1,500 and Kate de Goldi who will judge the young adult category will be awarding the winning student $1,500 and the same amount for the winner’s school.
In addition to the cash prize, the premier winner joins a veritable who’s who of the New Zealand writing community. Former winners of this prize include CK Stead, Vincent O’ Sullivan, Maurice Shadbolt, Frank Sargeson, Keri Hulme and more recently, Charlotte Grimshaw.

All writers whether accomplished or just beginning are encouraged to submit stories as there are categories to suit everyone. Entries close on 30 June 2009.

BNZ head of brand and communications, Jo Kelly says the Bank is proud and excited to have sponsored the Katherine Mansfield Award for their entire 50 year history.
‘This year is a real celebration of the longstanding partnership we have with Katherine Mansfield and the awards - the country’s finest in short fiction - that take her name.
‘We are thrilled to have made many New Zealand writers better off by winning this award.’