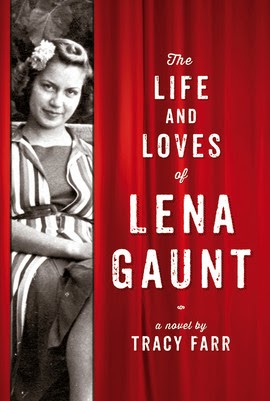 ‘The thrill of having my novel shortlisted for this award, following on from its longlisting in April for the Miles Franklin Literary Award, is immense,’ said Farr.

‘It’s particularly rewarding to have my first novel sit alongside works by long-established and much-awarded writers like Alex Miller, Richard Flanagan and Tim Winton,’ said Farr.
A media statement published on the State Library of Western Australia’s website said 552 books were entered into the awards over nine categories.

The Life and Loves of Lena Gaunt has been shortlisted in the Fiction category alongside Miller’s Coal Creek, Flanagan’s Man Booker-longlisted The Narrow Road to the Deep North, Winton’s Eyrie, Amanda Curtin’s Elemental, and Evie Wyld’s Miles Franklin Award winner, All the Birds, Singing.

Fremantle Press CEO Jane Fraser said it was wonderful to help put new authors on the road to success by publishing their books.
‘The WA Premier’s Book Awards is a nice way to cap off a year that has included recognition in the Children’s Book Council of Australia Book Awards, the Miles Franklin Literary Award and many others,’ said Fraser.

Farr is currently working on a new novel. She will be appearing in two sessions at WORD Christchurch Writers & Readers Festival in New Zealand at the end of August. The Life and Loves of Lena Gaunt has been adapted for radio broadcast and will feature as a reading on Radio New Zealand National later in 2014. The book is distributed by Penguin NZ and is available from all good bookstores, online distributors and fremantlepress.com.au.

More information about the awards is available from http://pba.slwa.wa.gov.au/

More information about the book is at: http://www.fremantlepress.com.au/books/1373
To read reviews of the six shortlisted books in the Fiction Category of the WA Premier's Book Awards, read The West Australian's books pages at thewest.com.au/books