Man Booker prize 2014: why the longlist has bewildered the bookies

With its lack of big names and its potential contenders that have yet to be published, this year's lineup has elicited wildly divergent predictions 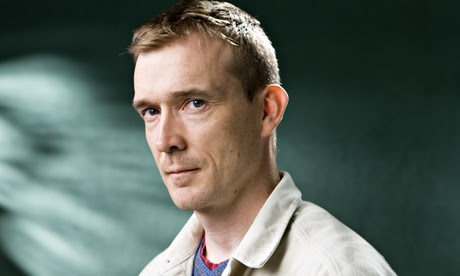 Bookies are agreed that author David Mitchell will be among the front-runners. Photograph: Murdo Macleod for the Guardian

In a nice coincidence, Commonwealth Games athletes paraded in Wednesday's opening ceremony just a few hours after this year's competitors were unveiled for an award hitherto limited to authors from Commonwealth (and ex-Commonwealth) countries. In the much-parroted words of its sponsor, Man Group, the Man Booker prize has now "gone global", resembling the Olympics rather than a gathering of former colonies. But this claim is based on the almost purely theoretical possibility that novelists from anywhere writing in English can now be submitted by publishers.

In reality, the Booker map is still missing continental Europe, most of Asia, the Middle East, non-anglophone Africa, all of Latin America. If the prize is serious about going global, a second opening-up will be needed, to admit translated fiction. And if the first longlist under the new rules is any guide, it may have paradoxically become less international, not more, as a result of introducing them.

Last July, the 2013 longlist included five writers from the Commonwealth beyond the UK, including the eventual winner, New Zealand's Eleanor Catton. This time, the equivalent number is just one, Australia's Richard Flanagan, with the difference corresponding neatly to the number of Americans selected.
More
Posted by Beattie's Book Blog at 7:49 pm