Upcoming release of Once in a Lifetime: City-building after Disaster in Christchurch 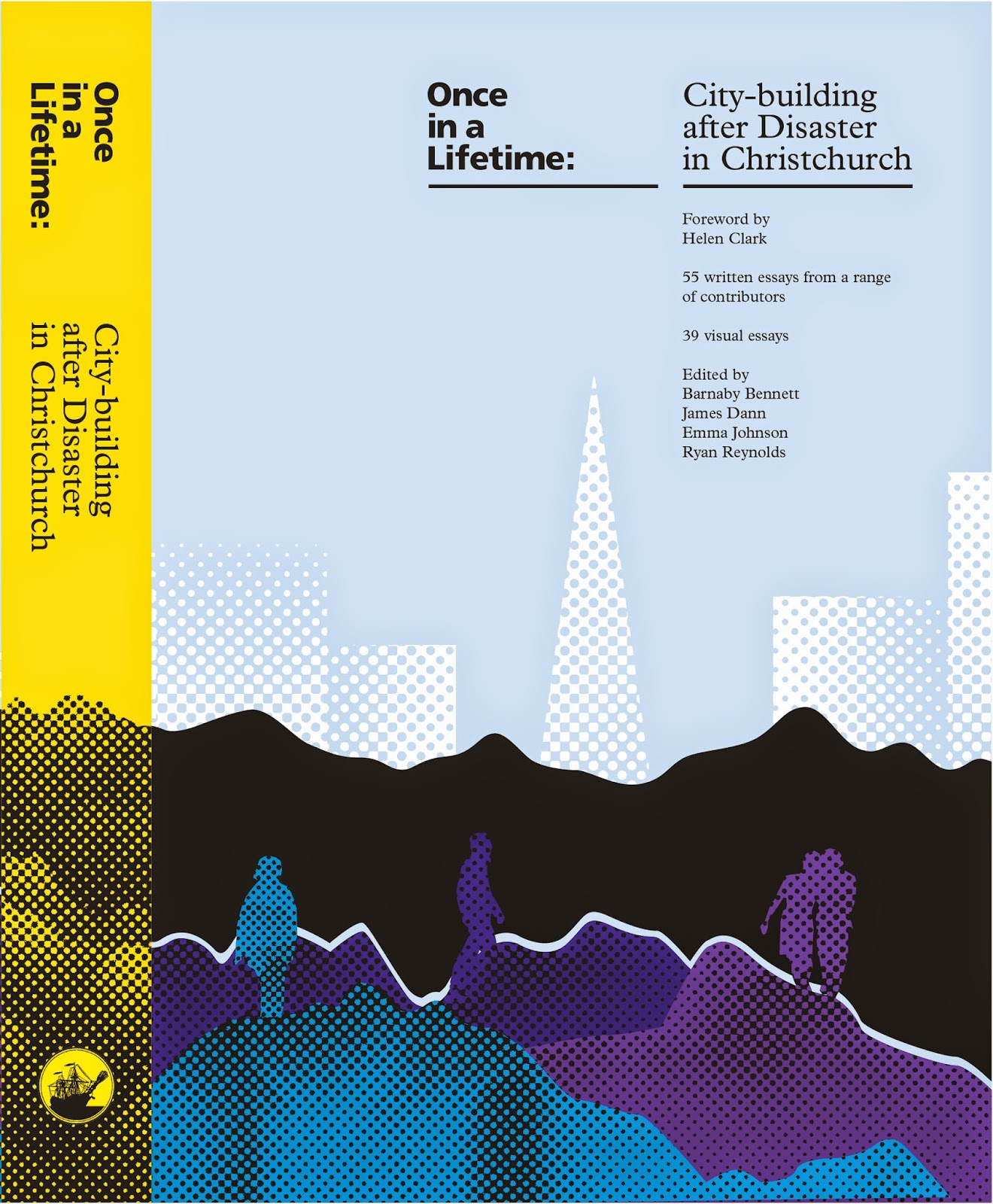 On 30 July, 2012, Prime Minister John Key launched the Central City Recovery Plan - the Blueprint. Two years to the day, Freerange Press is pleased to announce the upcoming release of Once in a Lifetime: City-building after Disaster in Christchurch.

Once in Lifetime offers the first substantial critique of the Government’s recovery plan, presents alternative approaches to city-building and archives a vital and extraordinary time.

The book will be launched on 31 August, at the WORD Christchurch Writers and Readers festival.

Once in a Lifetime brings together a range of national and international voices in 55 written essays, and also presents 39 visual essays that document community, business and government responses to Christchurch’s recovery. It features a foreword by Helen Clark and contributions from journalists, economists, designers, academics, politicians, artists, publicans and more.

Two events are planned for the book’s launch on the 31st as part of the WORD Christchurch Writers and Readers Festival. First off, join four of the book’s contributors - Raf Manji, Rebecca Macfie, Dr Suzanne Vallance and Natalie Jones - in a panel discussion with one of the editors, Barnaby Bennett, as they consider a range of questions relating to Christchurch’s recovery. What has been achieved? What could be done better? And, most important, are we creating the sort of city that was envisioned after the quakes? 4pm at the Rydges Savoy West, Rydges Latimer Christchurch, 30 Latimer Square.

And finally, join the authors, contributors and friends at the official launch of the book from 6pm on 31 August, at the Physics Room, above C1 Espresso, 209 Tuam St.