Kazuto Tatsuta, who worked on cleanup at nuclear plant, hopes his work 'tells people about things that the media never see' 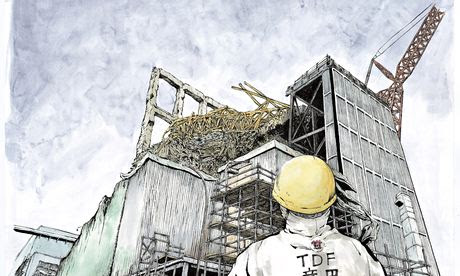 Like many of the thousands of men who have worked at Fukushima Daiichi nuclear power plant over the past three years, Kazuto Tatsuta was driven by a sense of mission.
"I had been looking for work around the time of the disaster and wondered if there was anything I could do to help the region," Tatsuta said.

After six months working for one of the myriad subcontractors at Fukushima Daiichi, his exposure to radiation was already nearing the legal annual limit of 20 millisieverts, so he resigned.
He left with a rare insight into the realities of life at arguably the world's most hazardous industrial cleanup site. Now he has framed his memories in graphic form in 1F (Ichi-Efu), a new manga whose publication comes as Japan debates the future of its dozens of mothballed nuclear reactors.

As an insider's account, 1F: The Labour Diary of Fukushima Daiichi Nuclear Power Plant, has proved popular among readers seeking an antidote to patchy information from the government and the plant's operator, Tokyo Electric Power Company (Tepco), and at times wildly speculative media reports. 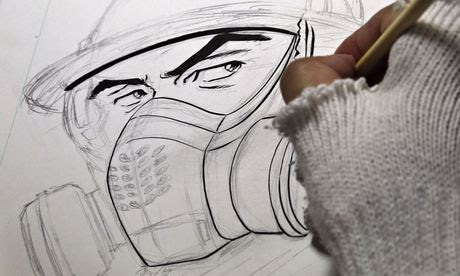 Tatsuta draws the main character in his comic. Photograph: Koji Sasahara/Kodansha/AP
More
Posted by Beattie's Book Blog at 7:21 am