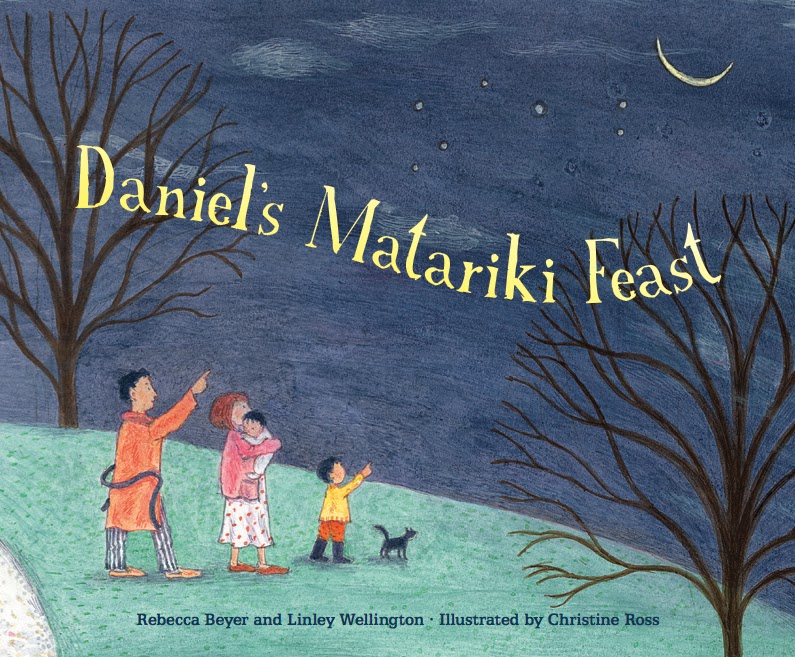 Publisher David Ling said it was a great event and a superb setting where the authors Rebecca Beyer (who is David’s niece) and Linley Wellington are children’s librarians. “It was also a treat to have local children’s literature legend David Hill to launch the book for us.”

The book had its origins in a discussion a couple of years ago between David’s wife Nicky and Rebecca about the need for a wider range of books that recognised Matariki. Rebecca, who with Linley is involved in the library’s programmes to schools that include Matariki, took up the challenge to write something for Duck Creek. The result, says David, “is just what we wanted. A story that encompasses Matariki, not a lecture or essay about it.”

Graham Hepburn in the Herald wrote, “… Beyer and Wellington team up with award-winning illustrator Christine Ross in this sweet tale about new-boy-in-school Daniel. They skillfully weave his story in with the theme of Matariki – the Maori New Year – being about harvesting crops, planting anew, feasting, reflecting on the past and preparing for the future. Daniel makes friends helping out in the school vegetable garden, and his pumpkin cake – courtesy of his late great-grandmother’s recipe – is a hit at the Matariki feast.”

This year Matariki is at the end of June. David Ling said the response to the book has been excellent. He has already sold out of the hardback and the paperback is “going very quickly too”. 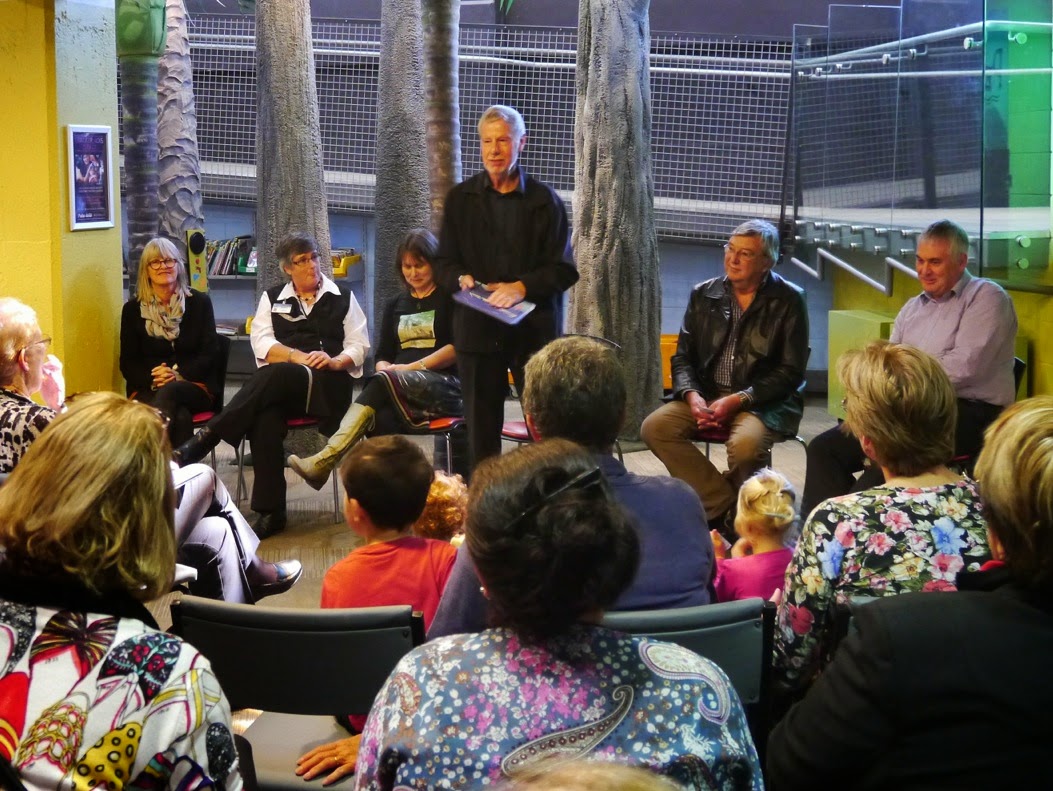 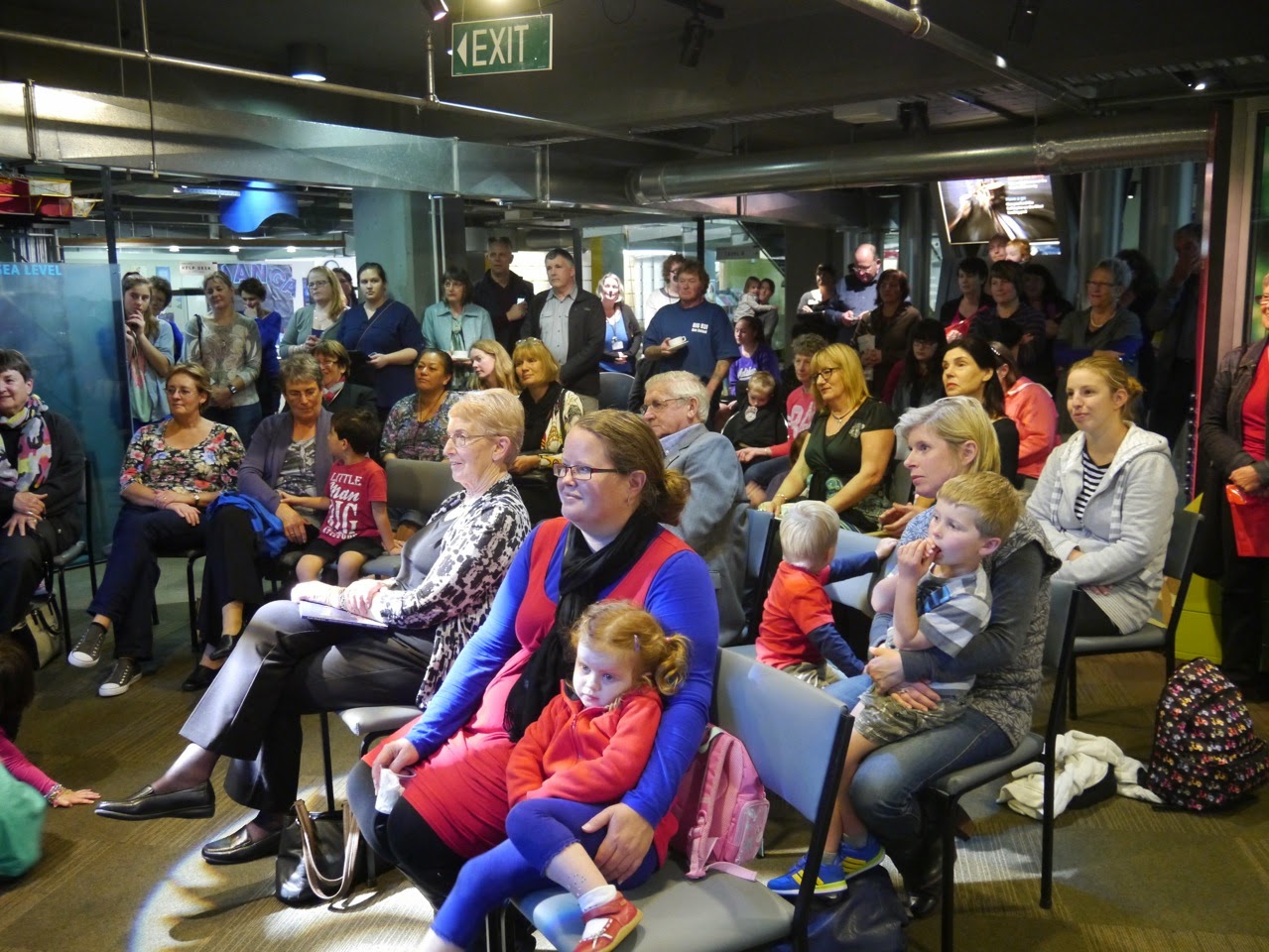 Part of the large crowd. 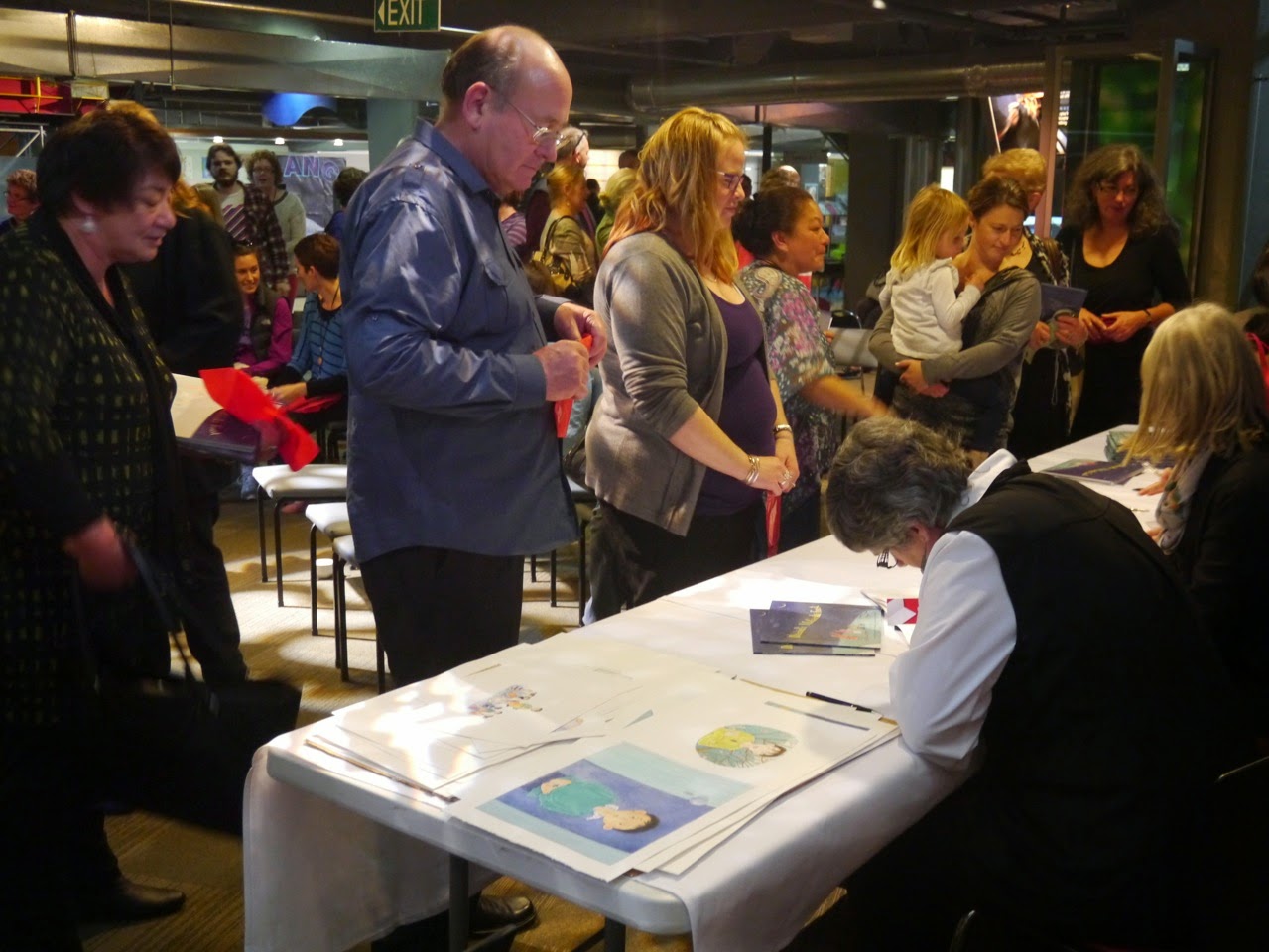 Copies being signed by the authors and illustrator.
Posted by Beattie's Book Blog at 10:12 am