Critically acclaimed Scots writer, journalist and founding editor of the Scottish Review of Books Alan Taylor has been announced as the international judge who will assist the local panel in selecting the winner of the $50,000 Acorn Foundation Fiction Prize in the 2018 Ockham New Zealand Book Awards. 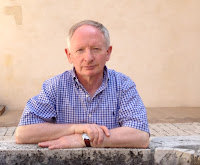 Taylor and his wife, author and literary editor Rosemary Goring, will be in New Zealand in May as guests of the Auckland Writers Festival, which hosts the awards ceremony as part of its six-day programme of events, with their visit supported by Festival Platinum Partner Heartland Bank.


“It is a pleasure and a privilege to be asked to join the judging panel for the Acorn Foundation Fiction Prize,” says Taylor of the task ahead of him. “What I’m particularly looking forward to is discovering new writers who, as Muriel Spark said, help open doors and windows in the minds of readers. I like novels that are novel, that surprise, shock and amuse, sometimes simultaneously, and whose style is innovative, distinctive and memorable. That for me is the hallmark of all great fiction writing.”


Taylor brings considerable experience to the judging table; he was a member of the Booker Prize’s management committee and a judge of the prize in 1994.


The four judges, which also include convenor and bookseller Jenna Todd, novelist, poet and academic Anna Smaill, and journalist and reviewer Philip Matthews will deliberate over a shortlist of four books that will be announced on 6 March 2018. These finalists will be narrowed down from the present fiction longlist of:


·         The Beat of the Pendulum by Catherine Chidgey (Victoria University Press)

Taylor’s previous newspaper roles include features and literary editor of Scotland on Sunday, deputy editor of the Scotsman, managing editor of Scotsman Publications and writer-at-large for the Sunday Herald. For a number of years he has been a regular contributor to the Times Literary Supplement’s ‘Freelance’ column. He has written for publications around the world and has made several television documentaries, including about the writers Alastair Reid, John Irving and Muriel Spark.
His books include The Assassin’s Cloak: An Anthology of the World’s Best Diarists, Glasgow: An Autobiography and Appointment in Arezzo: A Friendship with Muriel Spark.
Taylor lives with his wife in the Scottish Borders and Glasgow.


The Acorn Foundation Fiction Prize and other winners of the 2018 Ockham New Zealand Book Awards will be announced at a ceremony on May 15 2018, held as the first public event of the Auckland Writers Festival. 2018 will mark the 50th anniversary of the first book awards ceremony in New Zealand, presented in 1968 as the Wattie Book Awards.


To find out more about the longlisted titles go to http://www.nzbookawards.nz/new-zealand-book-awards/2018-awards/longlist/