From Survival to Revival - Auckland's Public Transport since 1860 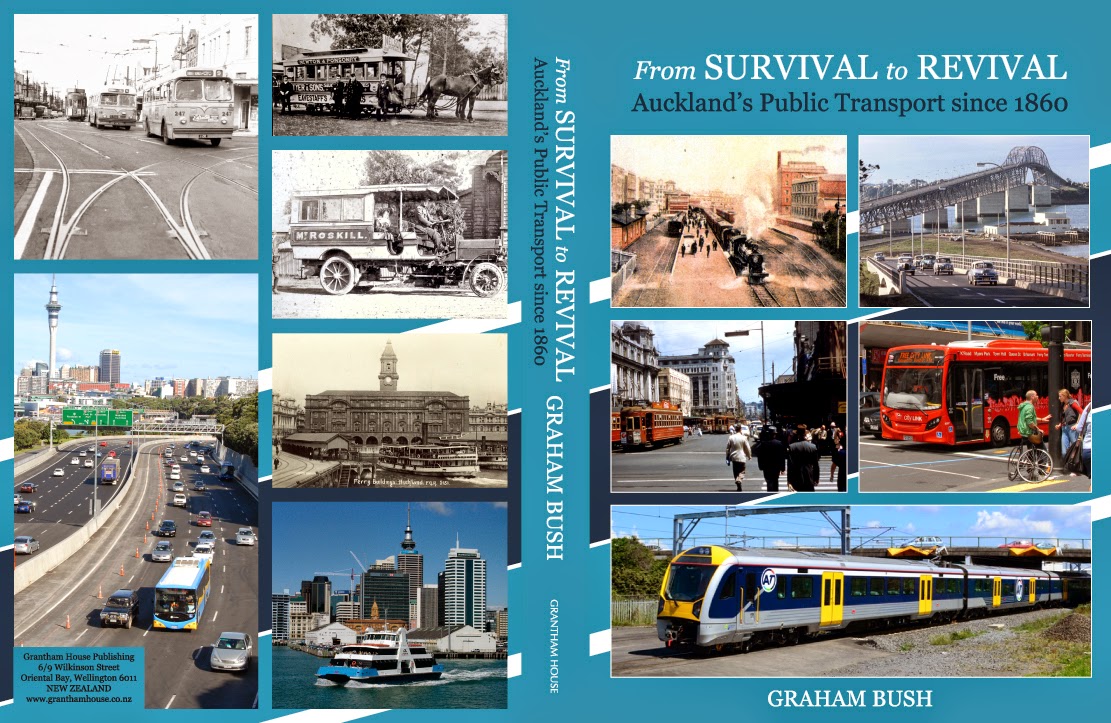 This is story of the evolution of Auckland’s public transport since early colonial times which reveals much about the development of the city.
From the pioneer entrepreneurs  operating plodding horse-buses, through the dynamic construction of an outstanding electric tram system, a network of harbour ferry services and a brief interlude of trolley-buses to the electrification of suburban rail and the ubiquitous diesel bus, public transport has played a vital part in Auckland’s living and lifestyle – this book tells it all.

It is a lavishly illustrated, wonderfully researched, right-up-to-date book which many Aucklanders are going to find fascinating. I certainly did. Reading about Mayor Robbie's rapid rail plans made me regretful that the plan didn't get the go ahead at the time. Interesting too to read that Jim Anderton, then "one of only two Labour councillors on the city council was vociferously opposed to the scheme on both planning and financial grounds".

Dr Graham Bush is a former Associate-Professor of Political Studies at the University of Auckland where for twenty-five years he specialised in the teaching and research of New Zealand local government. He is the author of seven books, including two histories of the Auckland City Council and two editions of the text, Local Government and Politics in New Zealand. His most recent work is The History of Epsom (2006), of which he edited and was the principal contributor.


A lifelong Aucklander, Dr Bush has been active as a public transport advocate since the early 1980s. He was a member of the Auckland Regional Land Transport Committee from 1999 until 2008 and since then has been secretary of the Auckland-based Campaign for Better Transport.

I will be talking to Mark Sainsbury on Radio Live this Sunday about this book. Mark once drove trolley buses so I suspect he will be especially interested in this title.
Posted by Beattie's Book Blog at 2:28 pm