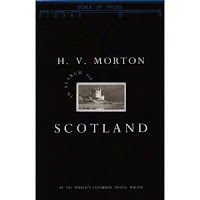 In 1929 the English travel writer H. V. Morton made his first journey to Scotland, the land of his ancestors. Travelling up one side of the Scottish coast and down the other, Morton visited almost every nook and cranny that was Scotland. The result was his very successful publication In Search of Scotland (1929) which remains in print to this day.
The exhibition In Search of Scotland will begin in the de Beer Gallery, Special Collections, University of Otago on 30 September 2011. It coincides with 'Rugby' fever and the Rugby World Cup here in New Zealand.
By utilizing lithographic images from a broken copy of John Parker Lawson's Scotland Delineated (1858), those visiting the exhibition will travel in their mind's eye up one coast and down the other, using the 19th century images of castles, abbeys, and scenes as guides. Starting at the border with 'Kelso Abbey', and then on to 'Dunure Castle' in South Ayrshire, the journey proceeds up the west coast to Bute, Staffa, Skye, and then down the east to Elgin, St Andrews, Balmoral, Stirling, and finally to Edinburgh. Beside each lithographic image are publications that highlight Scotland's cultural, social, and economic past. Topics covered include music, writers such as Robert Burns, James Hogg, and Robert Louis Stevenson, cooking, religion, travel, battles, printing in Scotland, Kings and Queens of Scotland, and the Scottish Enlightenment. This imaginative journey of Scotland is undertaken in 18 display cabinets; coverage is therefore selective.
If you are visiting Dunedin, New Zealand call in and view the exhibition, which runs through to 16 December 2011.
Hours: 8.30 to 5.00 Monday to Friday
Venue: de Beer Gallery, 1st floor, Central University Library. 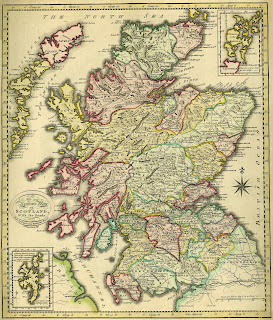 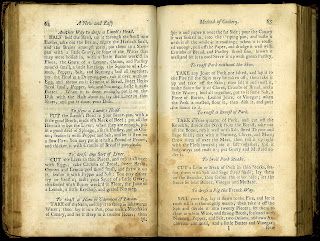 Elizabeth Cleland was a cook and teacher of cookery in Georgian Edinburgh, who held classes at her house in Luckenbooths, adjacent to St Giles in High Street, Edinburgh. Her some 700 recipes, including ‘To Stew a Lamb’s Head’ and ‘To Dress a Pig the French Way’, were ‘intended for the benefit of the young ladies’ who attended the school. This very successful publication is regarded as one of the most important sources on culinary history of mid-eighteenth-century Scotland. This third edition copy once belonged to Janiet (Janet) Pargellis (b.1781), who lived at Kirk-Liston, near Edinburgh, and was donated to Special Collections by her grand-daughter, Christine S. White, one of the first Otago Home Science students.
Elizabeth Cleland, A New and Easy Method of Cookery, Treating, I. Of Gravies, Soups, Broths, &c. II. Of Fish, and their Sauces. ... VI. Of Made Wines, Distilling and Brewing. 3rd ed. Edinburgh: Printed for, and sold by R. Fleming and W. Gray, 1770. de Beer Sb 1770 C 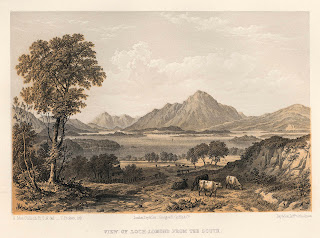