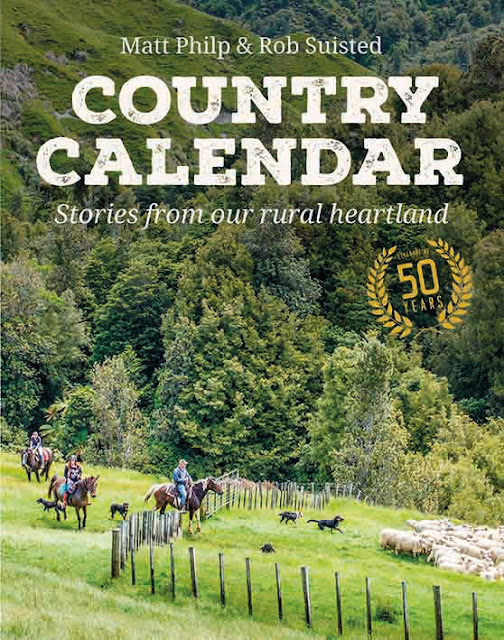 
From its first field report in a Central Otago apricot orchard in 1966, and primarily broadcast as a 14-minute news show for farmers, Country Calendar is now New Zealand’s longest-running television series, with more than half a million people tuning in every week. This year saw Country Calendar turn 50, and this book celebrates the milestone by revisiting 15 families who have appeared on the show during the last decade or so – and, in some cases, whose properties have featured more than once during the 50 years.


The featured stories all reflect the distinct flavour and character that has made Country Calendar so beloved by its rural and urban audience. It’s a diverse collection, reflecting the varied and changing face of rural New Zealand, but each chapter is peopled with hardworking, passionate folk who love what they do, love their properties and love sharing their stories.


Complementing the text, each story is lavishly illustrated with evocative images by award-winning photographer, Rob Suisted.
Captured while visiting each property during 2015 and 2016, Rob’s photographs further
reveal the stunning scenery and passionate people behind each story.


The result is this stunning celebratory book – a must-have for every fan of Country Calendar and anyone with an interest in the lives of farming New Zealanders.


MATT PHILP’S feature-writing career began as a staff writer at the Listener, followed by several years as a senior writer for Metro, the Press and North & South. Now a freelancer, he writes on a diverse range of subjects for a wide set of publications. Matt has also authored books, including introductory essays on our national parks for Wild About New Zealand (with Gus Roxburgh) and Heart of the Mackenzie: The Glenmore Station Story. The Glenmore book, in particular, deepened his interest in the lives of New Zealand’s farming families, which came in handy on the Country Calendar book project.


ROB SUISTED is one of New Zealand’s most respected photographers, supplying a diverse range of quality images through his image library Nature’s Pic. His love of the outdoors
and wildlife has led him from a career in conservation management into professional photography. Rob often speaks publicly on the subjects of photography, conservation and the environment, and has published 16 books, including (with Harry Broad) Molesworth: Stories from New Zealand’s largest high-country station, a Booksellers’ Choice finalist at the 2014 NZ Post Book Awards. 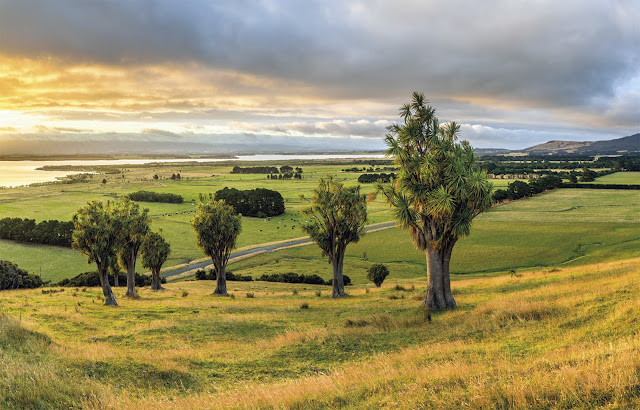 Waiorongomai flats at sunrise, with Lake Wairarapa beyond. A prominent feature of the property is the clustered stands of cabbage trees.
Photo credit: Rob Suisted


Waiorongomai flats at sunrise, with Lake Wairarapa beyond. A prominent feature of the property is the clustered stands of cabbage trees.
Photo credit: Rob Suisted
Posted by Beattie's Book Blog at 1:14 pm