Experience of a Lifetime People, Personalities and Leaders in the First World War 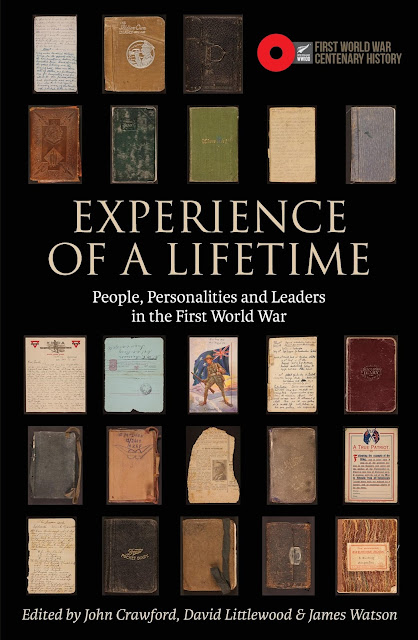 Experience of a Lifetime

FRESH ANALYSIS OF FIRST WORLD WAR PUBLISHED
Over the past 100 years, New Zealand’s First World War effort has been well documented, often eulogised and romanticised, regularly questioned. Yet despite all this, our current understanding of the First World War is problematic — and perhaps fundamentally flawed. This is because the conflict is often surveyed from the standpoint of subsequent events and present-day concerns, rather than from the perspective of those who were alive at the time.
As something of a corrective, and as part of the Centenary History of New Zealand in the First World War project, Massey University Press is in April publishing Experience of a Lifetime: People, Personalities and Leaders in the First World War, a book that furthers our understanding of the conflict and highlights the benefits of experience as a research category.
Through the book we meet, among others:
The crack sniper Captain Jesse Wallingford, who impersonated a British officer at Gallipoli in order to save his men from a rout.
The Fijian Wanganui Collegiate old boy Ratu Sukuna, who served in the French Foreign Legion.
The Turkish officer Esat Pasha, who organised the scrambled initial defence at Gallipoli.
Chunk Bair hero William Malone, and mule corps cooper Naran Sammey, who shared a blanket and a dry shelter on a rainy night in May at Cape Helles.
The motor mechanics who formed the backbone of what would later become our Navy.
The soldier who was blinded at Gallipoli and went on to edit the newspaper that kept the troops in touch with each other and with home.

The book has five major themes: high-command experiences, soldiers’ experiences, experiences in the air and at sea, imperial experiences, and experiences behind the front line. The primary focus is on the New Zealanders who took part, but not exclusively.
One of the major conclusions to emerge from this book’s pages is that care is needed when making generalisations about the conflict. Not all 100,000-plus New Zealand soldiers endured the same war, or thought about their shared experiences in an identical way. Many who served were eager for adventure and foreign travel. Many returned home and led meaning­ful lives. And, for those at home, the First World War became a springboard for racial and gender emancipation.
Professor Sir Hew Strachan has cautioned about the history of the First World War, and soldiers’ experiences especially, being written in clichés. He refers to the opportunity the Centenary provides: ‘The challenge for the media, for broadcasters and publishers, and even national governments will be to escape the clichés of the fiftieth anniversary in order to shape a fresh set of popular narratives.’