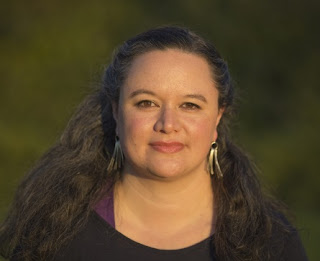 Award-winning novelist and playwright, Whiti Hereaka, (right), has been named as this year’s guest judge for the Te Papa Tupu Writing Incubator.
“We are very pleased to have Whiti as a judge for this round of Te Papa Tupu,” Eboni Waitere of Huia Publishers says. “Whiti is a great writer with lots of experience so she will have an understanding of what it takes to be chosen for the Te Papa Tupu incubator.”

Hereaka has always been a strong advocate for the Te Papa Tupu programme. She was a participant in 2012 where she worked on her second novel, Bugs, which was published in 2013 and later went on to win the Honour Award at the New Zealand Post Book Awards for Children and Young Adults.

“I am honured to be a judge this year, and I’m really looking forward to reading the shortlisted entries,” Hereaka says. Entries may include novels, short stories, non-fiction work, children’s books and film scripts.

Te Papa Tupu is a six month writing incubator for Māori writers who are partenered with a mentor to work in-depth on their manuscript. Submissions are open until May 22 and winners will be announced June 17.