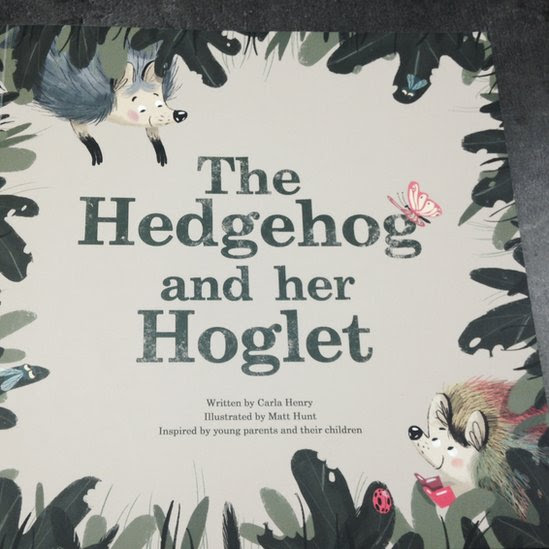 Each year across Greater Manchester, two out of every five children are defined as being "not school ready" when they're assessed at the end of their Reception year.
While some of those 16,000 youngsters may eventually catch up with their peers, independent research carried out for the government suggests the majority will struggle to do so.

Literacy problems often go down through the generations, prompting education ministers and educationalists to pose the question: "What can be done to break the cycle?"
In order to encourage families to spend more time reading together, one scheme has seen a group of young parents from Greater Manchester producing their own children's book.

The Hedgehog and her Hoglet is based on the experiences of new mothers and fathers in Pendleton and Little Hulton in Salford.

Many struggle to read themselves and own few, if any, books.
More
Posted by Beattie's Book Blog at 5:53 am