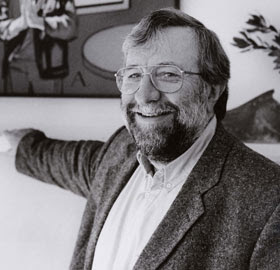 Waikato University have bought late writer Michael King's house for its staff and students as a retreat to research and write.
The university bought the house at Whangamata, on the Coromandel Peninsula, to honour the memory of the writer and historian, vice-chancellor Professor Roy Crawford said.
It paid just over $700,000, well below the market valuation of $820,000.

King and his wife Maria Jungowska died in March 2004 after their car left the road on State Highway 2 at Maramarua, in the north Waikato.
Prof Crawford said King had a long association with the university and had played an important part within it.
We see it as a wonderful opportunity to honour Michael King's memory by keeping his house as a place where staff can further their research, or small groups of staff or graduate students can use it for research or writing."

Prof Crawford said the house was being seen as the beginning of other tributes to the writer.
King's children, who live in Wellington and Christchurch would continue to use the house between December 18 and January 18 until 2013.

FOOTNOTE:
Bookman Beattie is certain Michael would have been delighted with this decision. And of course this brings to two the number of university involvements with the late Michael King, with the University of Auckland having earlier become involved with the Michael King Writers' Centre.
All good stuff. Most fitting tributes to a great New Zealander.