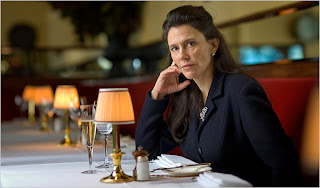 A Novelist With a Story Attached

ISABEL FONSECA’S new book, her second in 13 years, is a novel, “Attachment,” about a woman who suspects her husband of having an affair. This is perhaps not the wisest of career moves, considering that she is married to a novelist far better known, Martin Amis. Once the bad-boy star of British letters, he has become a fashionable target these days — both for his success and, more recently, for some of his political positions — and inevitably his wife has sustained a certain amount of collateral damage. 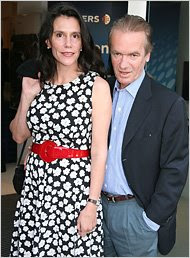 Dafydd Jones/WireImage
HIGH-PROFILE TEAM Isabel Fonseca’s marriage to Martin Amis became a target of the British tabloids.
In some British tabloids, she is probably doomed to be known forever as Isabel “Fun-seeker,” the bosomy American home wrecker who in 1994 busted up Mr. Amis’s first marriage and made him fire his longtime agent, the wife of his best friend, so that he could extort from his publisher more money to spend on cosmetic dentistry. That none of this is true, exactly, or that it’s a good deal more complicated than the headlines allow, almost goes without saying.